Goin’ down the road is in reverse

People in their 20s have traditionally left the Atlantic region for greener pastures. That’s reversing. Now, young people are flocking here—and more of them are staying than leaving.

They are being welcomed, of course, but how well are their modern wishes and needs being accommodated?

The Curve is one of three Halifax apartment buildings (along with The Maple and Grainery Lofts) recently opened by Southwest Properties—with people younger than 35 in mind. According to executive chairman Jim Spatz, all are LEED-certified sustainable buildings, close to green spaces, restaurants, universities and other large employers, like hospitals. Nearly 90 per cent of Halifax’s workforce is in the service sector, including nearly a third in the public sector.

“We believed a certain amount of renters would be millennials (age 23 to 38),” Spatz says. What happened next came as a surprise. Two-thirds of residents in the units (which were nearly all pre-leased by the time they opened) are younger than 35 years of age.

Millennials’ high assessment of community and sustainability represents a new way of building and even a new kind of city, a way forward for urbanites. Those values are playing out in Atlantic Canadian cities like Saint John, NB and Halifax.

Millennial desire for convenience and community corresponds to some interesting trends. The Halifax Partnership’s Index reveals the fastest population growth on record, about a third higher than the national average, necessitating accommodation for another 22,000 people since 2016.

The biggest driver of growth in recent years is immigration, with 4,500 newcomers arriving in 2018 alone. The second largest source of growth is adults 20 to 29, accounting for a third of new arrivals to Halifax.

Jim Spatz lists reasons for the change: “Jobs. The economy is doing better. There are plenty of tech startups. It’s becoming a cooler city.”

His theories jive with the Halifax Index’s quality-of-life survey. Nearly half scored the city 8 out of 10 or better. Eighty-four per cent gave it at least a 6.

Spatz says developers are responding by building more centrally. “Seven or eight years ago we had huge suburban sprawl. The goal was to have 25 percent of new developments built on the peninsula (Halifax’s urban core). We’re at about 50 per cent.”

With environmental sustainability a priority, residents of Spatz’s buildings often eschew cars. The Maple has 300 units and 240 parking spots. “My father, who founded this business, would have had 350 parking spots.”

Unsurprisingly, Spatz thinks city planners should allow developers more freedom, focusing less on enforcement and more on their vision for a city.

“Millennials have come to better understand what you need in your environment to live a good, happy life,” Cleveland says. “Lots of good transportation options, easy and convenient-to-walk-to local hangouts. Good public spaces near home.

“People who make decisions and rules are largely baby boomers.”

Most municipal councillors and senior planners, Cleveland says, have an outdated idea of the so-called good life, including a big house on acreage outside the city, which comes with considerable costs.

“People spend far less time with their family the more they commute. Nothing matters more to our happiness than close social connections and a sense of belonging.”

Cleveland notes that as more millennials choose a community-oriented urban existence, prices increase, pushing people living on lower incomes from their own historic communities. Part of the problem, he says, is that “the approvals process for a new building is so slow and uncertain, in many cases the only way (for developers to make money) is to build something luxurious and big. Small developers can’t afford to wade through years-long processes.”

Millennials, like any generation, are themselves a large and diverse group of people with different levels of power and influence.

According to a recent StatsCan report, millennials are better off than Gen-Xers were at the same age, but there is greater disparity: the “net worth for millennials in the bottom 25 per cent was $9,500, relative to $253,900 for those in the top 25 per cent.” That leaves many who might enjoy a downtown lifestyle priced out of most cities.

We tend to think of Atlantic Canadian cities as small and inexpensive. The Halifax Index found Nova Scotia’s capital to be one of the pricier places to rent a small apartment.

The vacancy rate is at a record low 1.0 per cent. Young renters scramble to any unit they can afford, often in competition with one another.

‘…The fastest population growth on record,
about a third higher than the national average…’

As of March 2019, 4,000 new units were under construction—an all-time high. As Cleveland notes, many of those are upper-end suites out of reach for many of the young people who comprise 42 per cent of the rental market. The average rent of a new unit is north of $1,600, driving up prices of older units too.

“If we want people to build affordable housing like townhouses, low-rise apartments, courtyard housing, the process needs to be reliable and quick,” Cleveland says. “We need a much more diverse group of builders.”

Cleveland isn’t arguing for deregulation, but rather regulations focusing on desirable communities. He believes a planner’s every decision should emphasize walking as the primary mode of transportation. “Walking defines our sense of place and community; when it works it’s the most convenient way to get around.”

He says that while not everyone in their 30s wants to live in a 500-square-foot unit downtown apartment, they do all want a sense of community and belonging. “Some want to live in good suburban communities with space and privacy. They don’t want to sacrifice the local pizza joint, café down the street, the transit connection.”

He also feels governments should pay for below-market rental units. When developers provide affordable housing, it adds cost to the rent other residents pay. “It amounts to a tax on residents of the building: it should be a tax on everyone.”

A Home Where We Belong

Julia Rivard is from Ontario originally. She fell in love with Nova Scotia when she came to train with the national canoe-kayak team in 2000. When she retired from the sport, she stayed and co-founded a tech company aiming to raise global literacy.

She regularly talks to other company founders considering relocating here. Rivard says Atlantic Canada is a unique place to do business because of the sense of community. “We want everybody to be successful. I’ve had the ability to pick up the phone and talk to a top CEO like Gerry Pond or John Risley.”

The concern people raise with her is the ballooning cost of living in larger urban centres. She stresses the need for diverse housing, to avoid falling into the growth trap, growing so fast we “price ourselves out of the market.”

Rivard brags to prospective Atlantic Canadians about our quality of life. “It’s a small-town vibe, the best place to raise your kids.” Yet, from a business perspective, it’s also a place with a pipeline to talent from many high-ranked universities.

Young people are attracted to Halifax, she believes, because of that small-town feel coupled with options for entertainment and engagement.

“The development of the Wanderers soccer team shows how the city is growing to reflect the needs of a younger population, to bring the community together. And ‘buy local’ has done well here as a way to connect to the agricultural community.”

Robyn Tingley sees Saint John, New Brunswick similarly. She is founder of GlassSKY Inc., specializing in research and programming for women and millennials. She is vice-chair of the board of governors of the University of New Brunswick and author of 10 Essentials for the Motivated Millennial.

For Tingley, the local-food focus speaks about the millennial values of community, belonging and sustainability. “Millennials are creating spaces as hubs, living quarters, workplaces,” she says.

Tingley lists several spaces in Saint John with the millennial touch, like The Wheelhouse, a “red-brick beauty” erected in 1903 at Richmond and Prince Edward, “a community centre for entrepreneurs.” It is shared workspace, but also a place to brainstorm, sharing knowledge over potluck dinners.

The Learning Exchange on Prince Edward Street is an adult-education centre with a community garden and social enterprises providing skills training to millennials. Tingley says employers of millennials should be “playing a new role in mentoring and equipping new hires with skills beyond the immediate needs of their job,” as a strategy for recruiting and retaining millennials.

Also on Prince Edward is the Social Enterprise Hub, a shared work and wellness space where meeting spaces meet yoga mats. More than 100 people pass through daily. Residents include non-profits, social enterprises and micro-enterprises, sharing equipment and even staff.

Tingley offers Saint John’s Moonlight Bazaar as “an
example of how street festivals are spaces where people want to connect and celebrate community.” More than 20,000 filled Canterbury Street at last year’s event, which features “an oversized inflatable moon suspended over an intersection, thousands of people huddled into a tiny street. There’s Reiki, hopscotch, merchandise booths.”

It’s the kind of anything-goes use of public space that unites city-dwellers in belonging.

She feels Atlantic Canada is a natural for this development because our cities are small and nimble, yet dense enough for close quarters.

“Millennials may be the generation that doesn’t leave the city when they have kids, but builds smarter parks, better schools. If our decision-makers can figure out belonging, it will make all the difference.” 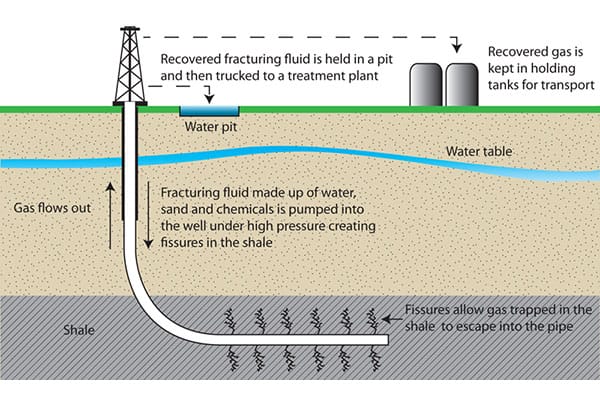 Onshore oil and natural gas development may bring cash to government coffers, but at what cost? Will the quality of life soon be radically altered for thousands of Maritimers? 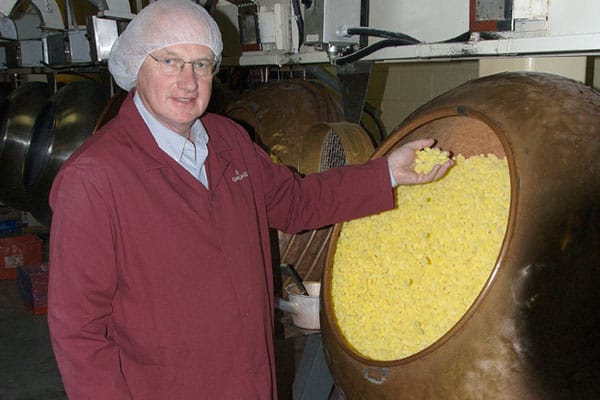 The Candy Man - Getting to Know David Ganong

He's been called Canada's Willy Wonka, and David Ganong-president of the country's oldest candy manufacturer for the past 30 years-shares with his fictional counterpart a passion for sweets. From... 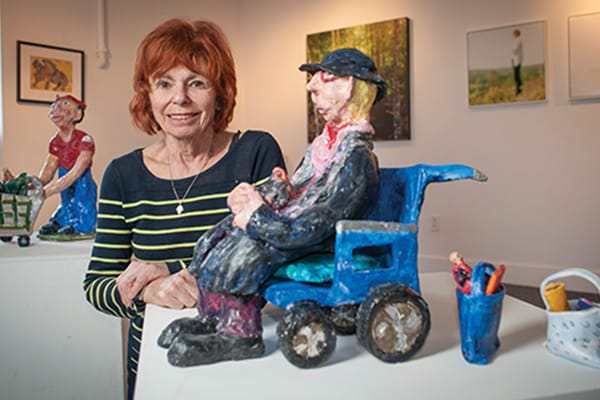 Crafting a Career in the Arts

Bonnie Leyton and her husband, Elliott—often cited as the world’s leading expert on serial killers—moved frequently in the early years of their marriage, but settled in Newfoundland in 1968, when he...