Our extraordinarily intelligent birds who can reason and speak like humans

The supersized “crows” you see in wooded Saltscapes country are likely ravens. Konrad Lorenz, a Nobel-prize winning biologist who studied bird behaviour, considered ravens to be the world’s most intelligent birds. The common raven, Corvus corax, has an uncommonly large brain in proportion to its body size.

This black bird’s use of its cranial capacity has become the stuff of legends in many cultures. Science is proving many of those traits to be true. Enigmatic and often contradictory, ravens are revered as wise and kindly, yet can turn sly and dangerous—much like humans.

Remarkably opportunistic, adaptable and inventive, these “feathered apes” as one scientist described them, are found in northern boreal forests and on the open tundra. Tucked in along our western and eastern coasts, they also soar high over the Rocky Mountains, endure brutal heat in Death Valley, California, cruise the hills of Afghanistan and frequent North African deserts.

Throughout some of their range, the sprawl of human civilization has been a challenge for this wilderness dweller. However, in the north and along the eastern Atlantic seaboard, ravens have adapted and now forage at local dumps. Fast food near town and a nest in the wilderness seems to have become a common lifestyle. Landfills, a reason for the recovery of some raven populations, also offer observers the chance to distinguish between ravens and American crows.

Where I live in the woods, the heavy whush, whush, whush of their four-foot wingspan and the occasional, deep, croaking “kwawk” alert me to the presence of ravens. They nest in a pine to the west, visit here regularly and often interact with the resident crows. Weighing more than three pounds, ravens possess heavy, three-inch beaks shaped like a Roman nose. Seen from underneath, raven tails are wedge-shaped and rounded. Crow tails are straight across the outer edge. When perched, ravens often display shaggy throat feathers that crows lack. Crows tend to favour agricultural areas, whereas ravens tend to be forest dwellers. Both species are as black as a moonless night.

There are many behavioural differences between the two as well. Crows spend more time in social groups and their family unit often includes juveniles reared in previous years. Ravens tend to shed their young before the next nesting season.

Adult raven pairs usually bond for life. Courtship begins in the skies during mid-to-late winter. They are superb fliers, executing swoops, loops and barrel rolls, thrusting up towards the heavens, and plummeting down before swooping up again. Their loud croaks alert me to the aerial display.

When courtship is over, the pair becomes very private. Nest sites are used year after year, with annual renovations incorporating thumb-width sticks. Inner linings may include mosses, lichens and seaweeds overlain with fur or feathers for warmth.

For about three weeks, while the female incubates three to seven brown-blotched, green eggs, the male furtively approaches and leaves the nest to feed her. If a predator comes near, he will stop visiting until the creature leaves. Biologists studying ravens have a tough challenge to find nests. If a breeding pair finds a carcass to scavenge, they keep quiet about the discovery.

On the other hand, juvenile ravens who locate a large dead animal deliberately raise a racket to attract other young ravens. In the search for potential mates, a carcass can function like a singles bar.

After their eggs hatch, the silence ends. Nestlings scream almost constantly for food. During the first two weeks, while the young are covered in down, the female stays with them and the male delivers whatever he can kill or scavenge. Once the nestlings have feathers, both parents begin providing as many as 50 meals a day to the “ravenous” brood. This feeding continues after the young learn to fly. Young ravens usually stay with their parents throughout the summer, learning to find food and recognize enemies. While studying ospreys at nest sites, I encountered five young, fully-feathered ravens on the ground. Completely naïve and extremely vulnerable, they showed me no fear, only curiosity. The parents must have been away hunting.

Science is beginning to catch up with raven vocabularies, which are an indication that they possess a prodigious memory. There are croaks, screams, bell-like notes, gurgles, a sound like opening a bottle of pop, and many more. Researchers have distinguished 84 calls. And the list is growing. Some calls are learned only by males, others by females, so very different vocalizations can take place in social events.

Vocalizations between social partners involves not only learning each other’s calls, but learning to agree about how to use those calls in a meaningful way. Beyond a few basic sounds used by nestlings, raven vocabularies are learned by each individual and vary considerably.

Dominant birds strut around with their flank feathers fluffed and their throat feathers protruding like a beard. Feathers behind their eyes stick up like ears. Ravens lower in the pecking order crouch down, hide their trousers and lower their ear feathers.

Some native American cultures consider the raven a trickster. Long ago a superstitious English monarch thought that keeping ravens at the Tower of London would prevent the fall of the British Empire. He installed a Royal Keeper of Ravens, a position that continues to this day. These ravens learn from people. Perched on the shoulder of a tourist who refused to share his lunch, one bird quietly spoke “Keep to the path.” The surprised man turned around to see the speaker, whereupon the raven dropped into the lunch box and made off with food. Another raven, Thor, sometimes corrected Ravenmaster Derrick Coyle after he said “That’s for you” as he offered food. Thor would reply “That’s for me.”

In mediaeval times, whenever opposing forces amassed to engage in battle, ravens gathered on the sidelines. It was an opportunity to dine on the dead. Living on average 15 to 20 years in the wild, some ravens develop gruesome techniques for killing and feeding on farm animals.

In the Yukon, where some call them crows, hunters tell many tales about the raven’s uncanny abilities.

After learning to fear people with guns, this species quickly realized that guns in the woods often produce dead wildlife. Ravens will silently follow hunting expeditions. Occasionally hunters shoot and hide a carcass, not realizing that they’re being watched. Returning later to carry out the prize, they encounter bones, hide and very full ravens.

Cutting through the hide of a large, dead animal is a feeding challenge for ravens. Their calling, however, attracts bears, wolves, coyotes or bobcats that will inadvertently assist the birds by ripping open a frozen carcass. In the north, ravens are attentive to the howls of wolves. They will follow and shadow wolf packs, hoping to scavenge from any kill.

Some hunters believe that ravens will fly over them in a direction that leads them to prey like caribou. This could very well be true. Ravens can easily reason through multi-step processes and such “guiding” produces meals for the birds when the animal is field-dressed by humans in the wild.

The ravens near my home visit regularly year-round. When I see them performing their synchronized courtship sky displays in February or March, it’s a welcome sign that spring is on the way. 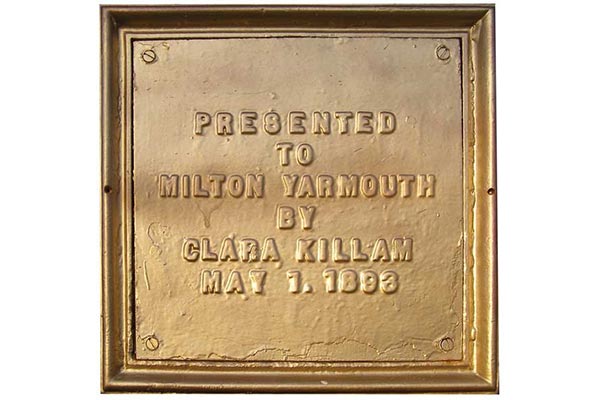 The Golden Horse of Yarmouth

90 years after its founding, White Point Beach Resort looks to the future 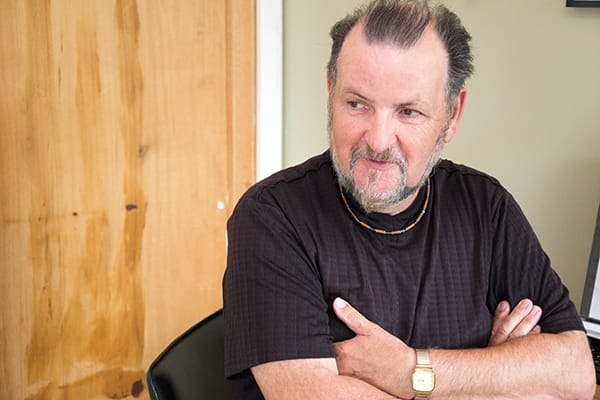 Howard Nickerson has lived all his 69 years on the Sawdust Trail—a narrow road on the outskirts of Yarmouth, NS. The tall tamarack tree near his deck is one his father, who worked as a carpenter’s helper,...