Two years ago, on a balmy July morning, David Betts was playing golf with friends at Brudenell River Golf Course in Prince Edward Island. “By the third hole I started to feel weak and I couldn’t concentrate. For the rest of the round, I couldn’t hit the ball. This was on a Thursday. The next morning I was extremely fatigued and slept most of the seven-hour drive home.”

Back in Canaan, NS, his condition deteriorated. He had chills, became disoriented and started vomiting. On Sunday, his wife, Rebecca, took him to the hospital. By the time they arrived, he couldn’t read signs on the walls or recognize familiar faces. After a five-hour wait, because he was diabetic, he was put on an IV and admitted.

On Monday morning Betts’ blood sugar levels dropped out of sight. “It was so low,” Rebecca says, “he almost went into a coma.” On Tuesday morning, Betts was told he had a virus and that it would take a week to get over it. He was discharged.

Back home, the mental confusion, fatigue, and general malaise persisted. Two days later, he discovered a bullseye rash under his right arm. After a return trip to the hospital, Betts was diagnosed with Lyme disease. Because of his confusion (suspected to be encephalitis—one of the many co-infections of Lyme disease) he was put on a 28-day intravenous antibiotic regime, which the VON administered daily. It was weeks before he could walk even short distances.

Although Betts can once again travel, mow his lawn, and bring in winter wood, the retired sales manager says things are not the same. His joints often ache, especially his left knee.

His wife says, “What I have found by doing some research is that the bacteria can lodge in certain areas of the body, particularly in the nerve pathways, and antibiotics may not get rid of them all. Although I’m not a doctor, I think he may have chronic Lyme disease but no one wants to say there is such a thing.”

One day seven years ago, Sue Hutchins from Chebogue, NS, felt an intense itching sensation on the back of her right leg. Seeing a tick, she yanked it out. When she saw the tell-tale bullseye rash a week later, she knew she was dealing with Lyme. “Being a photographer, I took a picture and headed to my doctor’s office, where I got a prescription for two weeks of antibiotics.” Although she was able to get an additional week prescribed, she doesn’t feel it was enough. “Seven years later, I’m still left with co-infections which play havoc with my energy levels.”

Co-infections can take many forms, from babesiosis and ehrlichiosis, to tick paralysis and Powassan virus, among others. Symptoms vary for each and can include everything from debilitating fatigue, headaches, muscle aches, drenching sweats, nausea and vomiting, to fevers, swollen glands, convulsions, and TBE or tick-borne encephalitis. Some patients present with symptoms of multiple sclerosis, Parkinson’s or Alzheimer’s.

Fast forward to last summer. Because of increasing concerns about her health, Hutchins met with Dr. Cheryl Karthouse at the East Coast Naturopathic Clinic in Halifax. “About halfway through, she asked if I had ever been bitten by a tick, because everything about me presented as a Lyme patient. Although I don’t have full-blown Lyme disease, I now know that I am still suffering the effects of that bite seven years ago.”

To obtain a Lyme diagnosis, a patient needs to have either the stereotypical bullseye rash (which few get or see) and/or a positive ELISA blood test and a confirming Western blot test. The former often comes back negative, even if a patient has Lyme. The latter test has to go to Winnipeg. This usually takes two weeks and it doesn’t always detect pathogens related to Lyme.

When this happens, patients are often left in the lurch. Even when Lyme is diagnosed, current guidelines limit the length of time antibiotics can be prescribed to four weeks. Some doctors are reluctant to prescribe beyond a two- to three-week dose.

Dr. Karthouse prefers testing the patient’s urine. “This gives us more accurate information.” Once a patient has been diagnosed with the disease, then various treatments are administered, varying from IV therapy to the use of immune supportive therapy, including personalized tinctures and herbal extracts.

Dr. Todd Hachette was part of the team that prepared the diagnosis protocol for the medical profession in Nova Scotia. He acknowledges that because the two-fold blood testing procedure is often not accurate, diagnosing Lyme is a challenge for front line workers in hospitals and clinics.

Hachette says, “For people who present with evidence such as the bullseye, we don’t advise testing; we advise treatment. But for people who do not present with that classic rise (rash) or for those who test negative, we need to come up with some newer, more novel ways to test for this disease.”

Regarding the time restriction for administering antibiotics, Dr. Hachette says that the treatment is subject to controversy, but from his perspective, antibiotic treatments longer than four weeks are not effective. He also believes that that ticks have to be attached to a person for 24 to 36 hours before transmitting the disease. “Early detection is critical,” he says. “People need to be aware and take appropriate measures to protect themselves.”

Dr. Hachette is enthusiastic about the newly created Canadian Lyme Disease Research Network, brought about as a result of a bill tabled by Green Party leader, Elizabeth May.

About 10 years ago, May met Brenda Sterling-Goodwin in Pictou County. Sterling-Goodwin is a Lyme educator and activist who spends most of her waking hours in a wheelchair due to Lyme. May found this shocking and after she moved to British Columbia, she met others with the disease who were also experiencing difficulty getting help.

Eventually, May tabled Bill C-442 — An Act respecting a Federal Framework on Lyme Disease. It passed through the Senate last year and was the impetus for setting up the newly created Canadian Lyme Disease Research Network. Its mandate, in part, is to focus on early detection education for front-line professionals and public health authorities, along with creating of new guidelines and best practices regarding diagnosis and treatment of Lyme.

Andrew Hebda, curator of zoology at the Nova Scotia Museum of Natural History, conducts research on ticks. He says, “We have 18 different species recorded here. The four most common are the ground-hog tick, rabbit tick, dog (wood) tick, and black-legged (deer) tick.” The latter two species are still spreading and can be found in areas with hosts (mostly mammals) such as mice, squirrels, coyotes, fox, dogs and deer. As well they are found on grasses and shrubs. Hebda adds, “We keep reminding people that every season is tick season.”

Although Hebda’s team is not involved in studies pertaining to Lyme, they do identify tick species, the sex of the insect, its stage of life (larvae, nymph, adult) and whether or not the ticks have fed—meaning have they gorged on the fluids and blood of mammals. Hebda encourages people to send specimens they’ve found on their bodies to the museum for testing. “For the person submitting the specimen[s] this is important information for their discussions with their health practitioners regarding treatment,” he says.

Dr. Vett Lloyd also conducts research on ticks at the Lloyd Lab, Mount Allison University. She says, “You need to check yourself, your kids and your pets. There are a lot of ticks and they are here to stay. Lyme is an emerging disease and both physicians and departments of public health need to get on top of this and provide current information and data.”

The lab manages the Mount Allison Tick Bank—a resource of ticks, tick DNA, protein, images and metadata that is available to other researchers and community groups. As well, staff conduct ongoing Lyme research related to animals (dogs, cats, wildlife) and humans. “If your pet gets Lyme disease, you are also at risk. And for people who work out of doors, the occupational risk can be high.”

Research at the lab focuses on everything from Borrelia serology in Canadians with clinical diagnoses of Lyme disease, chronic fatigue syndrome, fibromyalgia, multiple sclerosis and other chronic health conditions, to the economic burden of undiagnosed Lyme in Canadians.

Lloyd acknowledges that Lyme is a difficult disease for physicians, “…but it’s the patient who has to deal with it. Too many are not getting the correct diagnosis or treatments.” Hence, she encourages patient activism. “We need patients to tell us the kind of research we need, and get the government to fund it rather than maintain the status quo.”

Lloyd speaks from experience. While gardening in 2012, she was infected by a tick bite. She then experienced the sudden onset of migratory arthritis, Bell’s palsy, muscle weakness, and tremors. “I just got sicker and sicker and couldn’t get the help I needed.” She went to the US for treatment.

Looking ahead, Lloyd is optimistic about the newly formed Canadian Lyme Consortium (CLC)—a unique organization that represents patients, physicians, health care workers and researchers. “Unlike past models with a top down approach, this model is an equal partnership. More importantly, patients are identifying the areas of research that are needed. This is a radical approach and is very different from doctors or researchers telling patients what they need.”

This is welcome news for Donna Lugar, the Nova Scotia representative of the Canadian Lyme Disease Foundation (CanLyme.com). Lugar spent years trying to determine the cause of increasing symptoms affecting multiple systems in her body. Eventually she asked to be tested for Lyme, but the ELISA test came back negative. “I did more research and was introduced by a CanLyme representative in New Brunswick to Dr. Ben Boucher in Port Hawkesbury, in the fall of 2011. He clinically diagnosed me with Bartonella [a common bacteria co-infection that includes cat-scratch fever] as well as the possibility of Lyme and babesiosis.”

Boucher treated Lugar with antibiotics and her condition improved. However, he closed his practice in 2013, and soon after, some of her symptoms returned; she is unable to work full time, hence she uses her energy searching for alternative ways to treat Lyme. She also volunteers for CanLyme, and meets with groups and individuals to help raise awareness about the disease.

“Ticks are not going to go away,” Lugar says. “The percentage carrying diseases is also increasing so we need to take this issue seriously. We need to take proper steps to protect ourselves, and we need to educate ourselves to ensure we are properly diagnosed and treated.”

“I felt as if I had been run over by a truck and was having the life sucked out of me.” That’s how Tamra Farrow, a retired health professional from Yarmouth, felt when she was diagnosed with Lyme disease. “And I wasn’t even Joe Woodsman.”

Shortly after she started to recover, Farrow started on a Lyme information quest. These are her suggestions for outsmarting a tick. 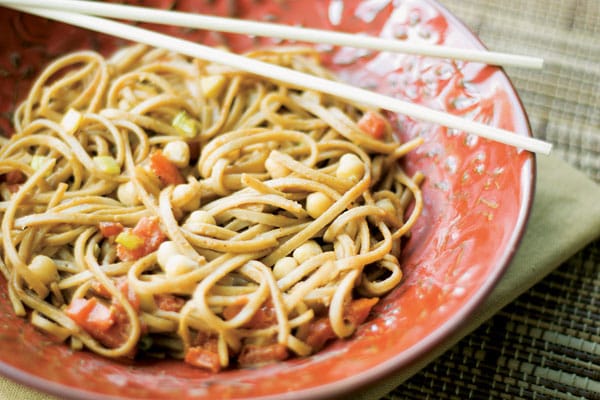 The Lowdown on Legumes

Don’t let these nutritionally potent foods waft under your radar. Beans may be a source of many flatulence-related jokes, but despite their unfortunate reputation, they offer some very real... 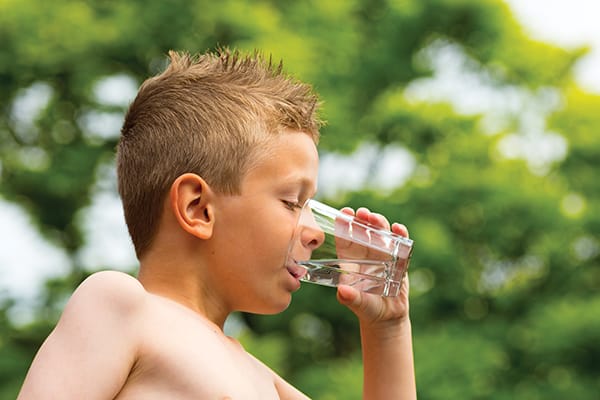 The IWK’s Tap the Tap: Water between Meals campaign got a boost following the release of a study from the Harvard University School of Public Health that reveals kids are not hydrated properly. 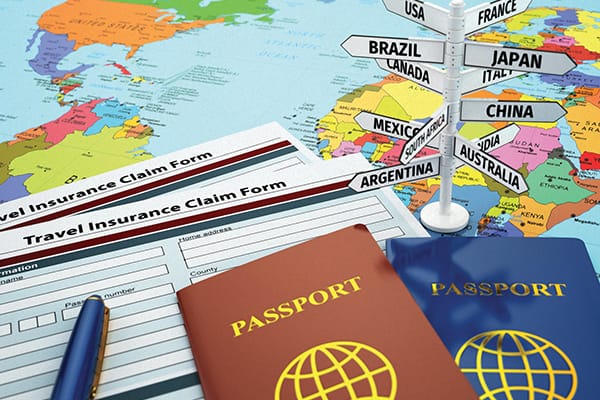 Carina Bennett and her eight-year-old son were taking a surf lesson on vacation in Punta Cana when she fell, tearing ligaments in her knee. As a travel agent/manager with Maritime Travel, Bennett knew...