History comes to life on the Acadian Peninsula

On the Acadian Peninsula, you can have a perfectly nice trip enjoying the delicious shellfish and admiring the scenery. But to fully appreciate the area, we needed to see it through the lens of history. Fortunately, we met many who were eager to share their stories with us.

When we travel, stopping for seafood is de rigueur. So we pulled over at a Huîtres à Vendre (oysters for sale) sign at the Eco-Musée de l’huître in Caraquet. Inside, Gaétan Dugas, self-described as Métis, explains how his Mi’kmaq and Acadian ancestors have harvested oysters for 230 years.

“We have deep respect for nature,” he says. Harvesting starts with a smudging ceremony and gifts of tobacco to the sea to honour the sea hawks (osprey) that protect the oysters.

In the museum, a model of a dugout wooden canoe sits opposite modern oyster cages developed by one of Gaétan’s sons. The family has developed their own method of farming oysters, combining traditional and modern techniques. Their goal is to produce the best-tasting oysters in the most sustainable way.

Gaétan also wants to cultivate an appreciation of history. The adjoining room is jam-packed with photographs, drawings and artifacts of Acadian history; the dominant feature is an eight-foot-long panorama of the Battle of the Restigouche. While standing next to the larger-than-life-size drawings of two men’s faces, one Acadian and one Mi’kmaq, Gaétan recounts the battle of 1760 as though it just happened.

Gaétan explains how the British mistreated the Acadians and how the settlers were betrayed by France. He brings a positive perspective to a tumultuous past when describing the strong bonds between the Acadians and Mi’kmaq and how the past has forged the resilience and strong spirit of Acadians. Which brings us to our next stop...

Learning and liquor don’t normally mix but they do at Distillerie fils de Roy in Petit-Paquetville. While sampling beer and spirits, we learn about tragedies and triumphs, love affairs and betrayals from the last 400 years. Sébastien Roy is a distiller and raconteur; his eyes light up whenever he starts yet another compelling story and when he points out certain kegs of whisky and gin.

Sébastien recounts Longfellow’s poem Evangeline, while pouring a spruce beer called Gabriel into one glass, and a nut-brown ale called Evangeline into another. On their wedding day in 1755, the fictional lovers were separated, victims of the Acadian Expulsion. Evangeline searches for Gabriel, Sébastien explains, as we sip each beer. Then (spoiler alert), he mixes the beers in one glass—symbolizing the union of the two lovers when, after years of searching, Evangeline finds Gabriel on his deathbed. The beers were first made to celebrate the 170th anniversary of the poem’s publication.

Spruce beer plays an important role in Acadian history, says Sébastien. In the 1700s, the British noticed their people didn’t live as long as the Acadians. They concluded that spruce beer was the key to Acadian longevity. Spruce beer not only prevents scurvy; it’s made from boiled water and therefore safer than other water sources.

Another beer is named “La messe blanche” after the white mass (layman’s mass) conducted by Alexis Landry. Born in Grand-Pré, NS, in 1721, he was deported in 1755 and later settled near Caraquet. He built the Sainte-Anne-du-Bocage chapel, site of pilgrimages since the 1850s. There have been claims of miraculous cures from the holy water, and the beer contains water from the sacred site.

When Sébastien starts telling us about the Captain Craig ale, we say we’ve heard this story while exploring a beach on Miscou. In the 1700s, local sailors discovered two abducted Mi’kmaq girls bound and hidden on Craig’s pirate ship. After being rescued, the girls cursed the ship, which soon crashed on the rocks. Since that time, people have reported seeing the pirate ship aflame.

We didn’t see the apparition but on the eastern beach of Miscou, we found Treasure Island. The French built a small settlement here in 1623 and where Samuel de Champlain planted a flag in 1625. Many have searched for the pirate treasure supposedly buried here. According to an interpretative panel, some who dig for pirate treasure tend to disappear “under mysterious circumstances.” You’ve been warned.

The crowning glory of the peninsula is at its point—the Miscou Lighthouse, built in 1856. The thrilling part is the spectacular view from the top. At each of the spiral staircase’s landings, we catch our breath and look at photographs of past light keepers and other aspects of the island’s history.

For a full immersion in history, we go to the Village historique acadien in Bertrand, outside Caraquet.

“Authentic” is the current buzzword in travel experience and rarely seems to apply. But at the Acadian Village, authenticity is taken seriously. The staff are dressed head-to-toe in clothes made on site from the wooden clogs and woolen socks on their feet to the braided straw hats on their heads. Flax is grown on site and transformed into linen clothing; wool from their sheep is carded, spun and dyed.

It doesn’t feel like a museum—there are no interpretative panels or artifacts behind Plexiglas. Instead, it feels like we’re touring a village. We stop at the general store, visit the weaver in her house and drop in at the gristmill to discuss grain.

A horse-drawn wagon carries supplies and people through the community. In each dwelling or shop, people act as though they’re going about their regular business in the 1800s. At noon, you’ll find most of the staff having their lunch; eating food of the era cooked either by themselves or their neighbours using food grown on-site. You can also enjoy traditional food at the restaurant.

Ask one of the staff a question and they’ll answer in character—telling you about the happenings of the day—a day 200 years ago, or maybe the day before when the blacksmith really did made horse shoes. Not only are you a resident of the village for a day, you can also learn traditional skills.

When you pass through covered the bridge, you enter a different era: the early 1900s, complete with cars and a steam engine. There’s a hotel where visitors can stay overnight and a restaurant, along with a cobbler, tinsmith and woolen mill.

Returning home from the Acadian Peninsula, we have a box of oysters, a bottle of liqueur and a greater understanding of Acadian history. We also came back with great memories—wherever we went, people welcomed us. They listened patiently when I tried to speak French and were welcoming when I spoke English. They spoke about their history with pride—and a great desire to share their stories with us.

If you draw a triangle between the northern outskirts of Miramichi, Bathurst and tip of Miscou Island, the land inside the boundaries is roughly the Acadian Peninsula. The strip of land divides the Baie de Chaleur from the Gulf of St. Lawrence. Lamèque and Miscou Islands are connected to the mainland by causeways and bridges and are considered to be part of the Acadian Peninsula. 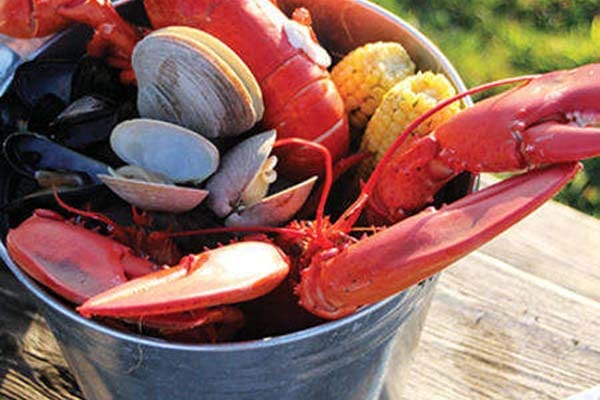 Like most, I’ve steamed lobsters all my life, but it wasn’t until I met Jonathan Joseph at Ye Old Argyler Lodge in Southwest Nova Scotia, that I discovered an amazing new way to cook these lovelies... 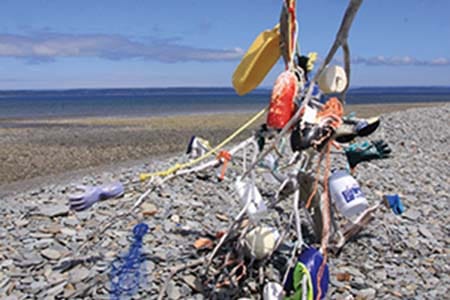 It’s 11pm on a balmy July evening. Five of us are standing on the shores of Baie Sainte-Marie gawking up at Ursa Major (Great Bear, also called the Big Dipper) when my sister, Carmen, happens to...

Celebrate with us this summer and create your own family memories at sea.