Tour buses have replaced the horses at the Green Family Forge; coat hooks and planters have supplanted the shoes that once shod the horses. But the sound of hammer on anvil resonates as strongly as ever. In the dim light of the historic shop, a modern blacksmith plies his trade.

The Trinity, NL, forge was founded by John Green in the 1750s, and for six generations it passed like a torch from father to son, extinguishing only when the last blacksmith in the family died, in 1955. Andrew Green had no son to take over the business, but he did have a daughter named Ada, and in 1991-36 years after she had boarded the doors and windows of her father's forge-she carried on his trade in her own way: she donated the forge and all its contents to the Trinity Historical Society.

The current forge dates back to the 1890s, standing on the site of an earlier forge owned by the family. A plain, box-like building with an uncommon, nailed timberframe construction, it has a red clapboard exterior and a flat, sloped-back roof reminiscent of fishing shacks. The few windows were designed to keep the interior dark enough to allow the blacksmith to distinguish the changing colours of heated metal-colours that indicated the different temperatures required for specific jobs. Trinity didn't have electricity until 1955, so the only other light came from a kerosene lantern or the fire.

The fire is an interesting feature of this building. Most blacksmiths have one forge. The Greens had two-a large one and a smaller one, both fired by coal. The dimensions of the building are as unusual as the dual forges. At 30 feet wide by 50 feet deep, it's larger than the other blacksmith shops that once existed in the area. The 25-foot ceiling is also considerably higher than average, which would have allowed the heat from the fire to escape more quickly. The high ceiling also provided room for an unconventional second storey that runs across the front of the forge. The Greens once used this loft-like space as an office and stock room, while horses sheltered below, waiting to be shod.

But the most unusual thing about the Green Family Forge is that it still exists. "Since the 1950s at least 140 buildings have come down," says Boyd Coleridge, a contemporary of Ada's, keeping track of the demolition in Trinity.

The Trinity Historical Society began a major restoration in 1991, starting with the red clapboard, then rebuilding the brick chimneys, repairing the windows, doors and roof, and returning both forges to operational order.

Volunteers cleaned more than 1,500 iron artifacts that had been sealed inside the building since 1955, treasures including a collection of antique tools. In 1999 the historical society hired Gilbert Hiscock, who trained Wade Ivany to use some of these tools in his interpretive work as the forge's resident blacksmith before he took over the position in 2001.

Historically, most of the forge's work supported the fishery and the spring seal hunt. Schooners and boats needed repairs after each winter, and there was a steady demand for boat hooks, bolts and pins, cod trap anchors, grapnels, rudders and stern plates. Many of these items required special tools, and the blacksmiths made these as well- manufacturing tools such as hammers, saws and chisels; finishing tools like files, shears and punches.

Customers came to the forge by horse or by boat, and from as far away as Trinity North and Bonavista South. "You wouldn't see many cars in those days," says Boyd Coleridge, who passed the shop each day on his way to school. "The bank manager had a car-and a few other families had cars, but almost everyone had a horse, and the horses needed shoeing twice a year. In the spring there would be a line of 40 or 50 men waiting with their horses to get their summer shoes. The same men and the same horses would be back in the fall for their winter shoes."

In the years leading up to Newfoundland joining Canada, in 1949, there were times when the opinions of those waiting outside the forge ran as hot as the fires inside. "You could hear the political 'discussions' across the harbour," says Wade.

"At least as far away as the courthouse," adds Ada.

The forge was a gathering place. "People would wander in for a chat," Ada says. In winter they'd stand by the fire for warmth. In the summer they'd gather at the back of the forge by the well, filling their kettles to boil water for tea, drinking from the single cup that still hangs on the wall. "They all drank from the same dipper, and they all seemed to survive."

The forge was an essential part of Ada's life, although she never considered becoming a blacksmith. "I'm not very gifted that way. Father was gifted." Had he been accepted for service in the Royal Newfoundland Regiment in 1918, Andrew Green might never have realized his gift. Like his brother Cecil, he might have landed in the trenches, rubbing tobacco stickle in his eyes to stay awake.

Andrew Green's Certificate of Unfitness for Service must have been disappointing for the young man: he was medically unfit for service because he had flat feet.

"He had an odd walk," recalls Trinity resident George Walters. "We called it walking '10 to two'-like the hands of the clock." As a child, George lived across the street from the Greens. He describes Andrew as a big, mild-mannered man. "Mr. Green didn't let kids in the forge," he says. "I got in more than most. He'd send me to the store for Royal Blend cigarettes. They were 24 cents a pack and he'd give me a quarter and tell me to keep the change."

When Andrew Green died in 1955, it was George Walters who hauled him by horse to the cemetery.

Wade Ivany never knew Andrew Green. By the time Wade's family moved to Trinity, the Green Family Forge had been closed for several years. Wade lived next to Cyril Hiscock's forge; he watched as Cyril shod horses and he listened to Cyril's tales of break-time for the blacksmiths who worked with Andrew Green.

"Cyril told me that Andrew kept a bottle of rum upstairs in a horseshoe barrel," he says. "At 11 in the morning and 4 in the afternoon it was one ounce straight up and right back to work."

Despite a fascination with ironwork, Wade had never imagined he would become a blacksmith, or that he would be the one to work the first fire in the Green Family Forge in almost 50 years. Raised in a world without blacksmiths, Wade is not only shaping iron, he's shaping the future in a time-honoured way that's almost forgotten. And on fall's cool, damp days, he is especially thankful for the fire. 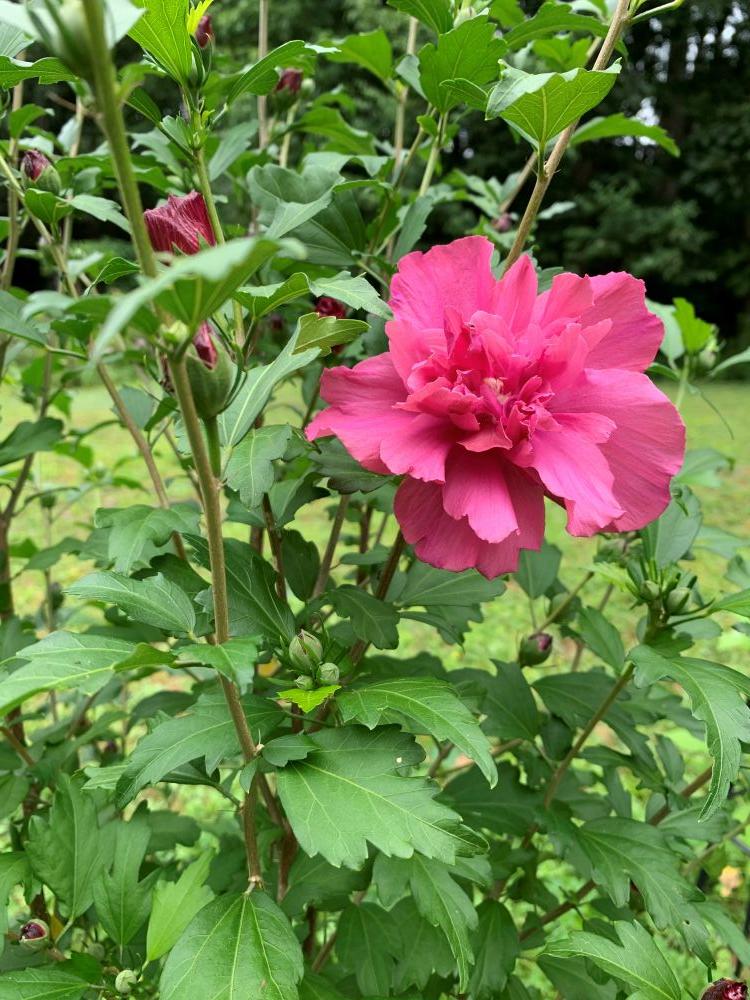 Submit your own photo