The unique homing instincts in the Newfoundland psyche

On a humid, overcast and foggy Friday night I threw my line into the ocean. We were situated just off the easterly shores of Newfoundland in a quaint coastal town called Portugal Cove. It felt like forever, but it was only a matter of a minutes or so before my jigger hit the ocean floor with a hypothetical “thud”. Now the courting would begin.

I was familiar with this lure, that now these unsuspecting cod were about to endure. There’s nothing overly fancy about this process—a large weighted three-pronged barrel tied to a line and thrown into the ocean with not a morsel of bait on the end. Still though, the cod would bite, time and time again. So why then, were these bait-less, simplistic hooks so appealing to the cod who frequented these shores?

I could identify with these creatures of the sea. I couldn’t always rationalize the draw and the deep connection I had to The Rock—but it was something my heart could always deeply comprehend. Over the years, since my departure, my head and heart have battled, very much like this act of what we Newfoundlanders call “jigging”.

Since leaving, there has always been an internal skirmish flickering inside, an unsettled score that has lingered in my subconscious; gently coaxing me back to our salty shores. Regardless of how far I traveled or how long I stayed away, the friendly shores of Newfoundland always welcomed me back with wide and open arms, the people relentlessly smiled and greeted me warmly, the connections remained deep and clung tightly to my heart.
During my university years, I was fortunate enough to spend some time studying and working abroad. My worldly travels triggered an itch that I needed to scratch and so upon graduation I bid our isolated island adieu to seek out new adventures. With a great job opportunity on the table and a new city and province to explore, I packed my bags and booked a one-way ticket west and set out to begin a new chapter of my life.

At the time, I hadn’t fully appreciated just how special Newfoundland and its charming culture truly was. I still told myself however, that I’d be back in a few years to make Newfoundland my home once again. The ebbs and flows of life would keep rerouting and delaying that plan, but from a distance my love for Newfoundland grew and my emerging comprehension of why I struggled with the lure of that three-pronged, bait-less barrel hook became increasingly clear.
On the surface, Newfoundland is a massive rock lifted up from the ocean depths with spectacular beetling cliffs, rocky shores and pebbled beaches, situated well into the Atlantic Ocean. This luckless location brings rough waters, high winds, dreadful weather and frequent storms. Needless to say, it is a less than desirable place to live (from that perspective). The island’s weather, isolated structure and rugged exterior tells a story of survival, of our people, and why the culture that took root and blossomed here is one where we care for our neighbours, openly welcome strangers and are forever bonded to each other because of the weight we affix to the meaning of being a Newfoundlander.

Our first European part time inhabitants came 1,000 years ago. Rugged Norsemen from Greenland whose perspective of the curiously proclaimed “Vinland” was that of a place of beauty where they could settle. However, this was the exact opposite of approximately 100 years later when Cartier, the French explorer, described it as “the land God gave Cain”. Nonetheless, it took a hardy type, a type similar to our friends in the north, to make this island a home. It also required a community, courage and hope that this land would provide a better life than the one previous. And so, as the story of our abundant fishing resources spread, the story of this “new founde land” did as well, and more and more people chose to settle and call Newfoundland home.
I was lucky enough to be several generations down the line of my ancestors who chose to settle on the island. It wasn’t long before Newfoundlanders began to develop an identity distinct from their colonial origins, and a sense of pride and honour to call this unique and rugged isle their home. Most of my parents’ generation, those prior and many since have considered themselves Newfoundlanders first and Canadians second, as we could all recall that many Newfoundlanders fought very hard to remain standing on our own two feet as a nation unto itself.

Newfoundland is and has always been a little different—a bit behind the trends of the time. We are not necessarily the ugly duckling or a black sheep, just an authentic people and place being true to who we are with little to no regard for what others have to say.
Although there was nothing remotely glamorous about growing up on the island, it suited me just fine. I had every opportunity I could have wished for, and considered myself a member of a generation who enjoyed the “better life” that our forefathers had so selflessly worked for.

The lines that divided social classes were blurred in those days, as money amongst most families seemed rare, and crime levels were low as only the most desperate would condescend to steal from their neighbour. Kids played in the woods and along the shore. Families and communities huddled close together to keep each other warm and spirits remained lifted with hearty laughs, in good times and bad. Neither the island nor its people were without their wounds, but the struggle that has been endured over the years speaks to the spirit that is ingrained in our psyche.

There is a silent code among Newfoundlanders that only we understand. Like glue, we find each other under the most unforeseen circumstances, like a magnetic force that binds us together, no matter the nature of the relationship. We exchange inconspicuous nods upon our serendipitous meetings as if to warmly accept and acknowledge that, although “strangers”, we are bonded. It is a culture of connection, of acceptance and warmth where you are made to feel at home in each other’s presence no matter the logistical distance from the island or how long you’ve been away.

If the events of life have kept we islanders away from our beloved home throughout the year, a heaviness slowly begins to manifest, weighing on our soul. And as the seasons change, a decision bubbles into our consciousness. Since living near the other coast for the past 13 years I have briefly evaluated my options of where I could or should spend the Christmas holidays. Heading to the sunny south to escape the frigid cold Albertan temperatures sounds appealing, or maybe there’s a new unexplored destination calling my name.

But, immediately as my mind begins to wander, like a nagging, stubborn splinter that you just can’t get out, I’m reminded of home. I begin to picture myself not being there during this extra special time of year—of not being with my family, without my dearest friends and it just never seems right. And so, although I briefly play with the notion of considering other options, truly it’s a trivial endeavor as the result was predetermined many moons ago.

I believe we Newfoundlanders, who have migrated away are innately conditioned, like migrating birds, to return to The Rock for Christmas. Like Pavlov’s dogs the word home paired with the word holidays makes our mouths salivate. This response seems to be worked into our genetic code and in fact there is no “decision” at all. The commitment and it’s roots run deep and regardless of the astronomical air fares, the certainty of crappy weather, the delayed and missed flights—we will walk over burning coals to return home for the holidays.

It may be challenging for outsiders to understand this draw to be on the rock for the holidays unless perhaps they have had a glimpse into the joyful spirit and warmth that shines from the dreary island even a little brighter that time of year.
I have, and likely will for at least some time, continue to endure the struggle of what it means to be a Newfoundlander and not live there. The constant fight to stay connected to the roots that I so highly regard, in spite of the barriers that exist. The salt-less air I now breathe brings a different type of comfort that for now I’m happy to fill my lungs with. I can set my struggle quietly to the side, yet never forget or fully let go.

For many Newfoundlanders, being from this place is one of life’s greatest gifts. It is a place that’s hard to leave and impossible to forget and its meaning is indelibly engraved on our very existence. And so, I will continue to go on identifying with these creatures of the sea we call codfish, that were the very basis to our beginnings as a colony and a nation.

90 years after its founding, White Point Beach Resort looks to the future 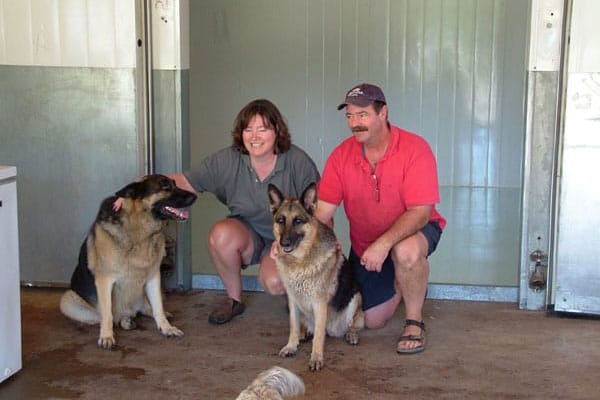 The onset of each season brings excitement about different ways of doing things. We've just closed the doors on the pleasant days of Indian summer and the warmth of the coloured leaves. Now it's... 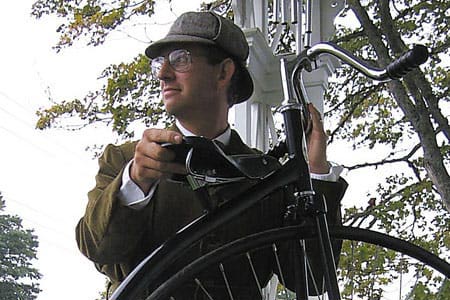 Etched in Time - The Art of Scrimshaw