Grindstone Island. Named for the sandstone once quarried from its cliffs and reefs, this tiny Bay of Fundy island marks the spot where the salty waters of Shepody Bay flow past the hook of Mary’s Point into Chignecto Bay.

Its lighthouse sits atop a bluff overlooking Five Fathom Hole, once a deep anchorage for ships even at low tide. The stones along its shore bear fossils from tropical times, the names of those who lived here, and others who wished to leave their mark.

Although less than a kilometre long and 300 metres at its widest, this tiny stub of land played a critical role in the area’s history, bearing witness to conflicts, shipwrecks and the rise and fall of the region’s prosperity.

Now, the quarry is deserted; the lighthouse stands silent, dark and derelict; the lightkeepers’ homes abandoned and vandalized; the timber wharf carried away by ice and tide. As time, weather and tides erase the signs of human impact and habitation, nature takes the helm. Ferns and saplings have filled in the pathways that once crisscrossed the island.

However, for almost 300 years, this solitary island was an important landmark for the waterway navigation, fisheries, commerce and recreation. And, for the stalwart lighthouse keepers and their families who kept the Grindstone light gleaming, it was home.

“She learned not to throw dishwater into the wind”

Betty Weston and Freda Kennie sit in Betty’s kitchen with its view of Grindstone Island, thumbing through photographs and batting memories back and forth. The sisters are daughters of Wilbur Wainwright ‘Pappy’ Weston, the island’s final lightkeeper.

They remember their father as an accomplished musician and inventor, with a keen sense of humour and a penchant for problem-solving.

And they remember a magical childhood on an island paradise with interesting visitors, nights of playing music as a family, and hurricanes that swept waves up and over the cliffs.

Pappy Weston assumed responsibility for the Grindstone light on November 1, 1950. He was the eighth keeper since 1859. To commemorate his predecessors, he carved each name into sandstone along the water’s edge.

The family, which also included mother Ruby and brothers Vic, Kenny and Fred, lived on the island from April until November. Pappy remained until ice filled the bay, usually the end of December. Then he’d close up the light and house, and weave his small motorboat through the ice floes towards their home on the mainland. With binoculars, Ruby could watch his progress from the front door.

The structures were in a clearing on the south end of the island, affording a spectacular view down the bay, and plenty of sun for Ruby’s vegetable garden. Her first lesson on island weather came after she pinned her laundry on the clothesline one afternoon. The next morning, nothing remained.

“Clothes, clothespins, clothesline… all in the bay,” remembers Betty.

“She learned not to throw the dishwater into the wind, too,” adds Freda, grinning.

Pappy’s own brush with wind came during Hurricane Edna when the outhouse he’d just exited flipped over the cliff.

Island life inspires improvisation, as when the calf fell off the cliff and had to be hoisted up on a bobsled, or when Pappy cleverly hooked Ruby’s hand-cranked washing machine to the foghorn engine.

Freda helped her mother with household chores and homeschooled her younger siblings. School was in when the tide was out.

“Because we all wanted to go swimming,” remembers Betty with a smile. “I remember Freda floating on her back in the water, reading a book.”

“It would make your bones ache, it was so cold,” says Freda, “but we stayed in the water the whole time the tide was high.”

“Then we would finish the day’s work,” says Betty. “The excitement of the tide coming in never lost its flavour.”

Running away from home is trickier when one lives on an island, but Betty planned one memorable escape by anchoring her little red rowboat on the mudflats close to the low tide mark. On the rising tide, she loaded Rusty and a couple sandwiches and rowed toward the north end of the island.

“I was headed to Cape Maringouin where no one knew me.”

She didn’t realize the incoming tide flowing around the island created a whirlpool at the northern tip. When her boat began circling round, she knew she was in trouble. Fortunately, her father spied her and motored out to tow her back to shore.

“It was the only time I got a switch on the back of the legs,’ she says. But she learned a valuable lesson about tides. She was eight years old.

Pappy maintained regular radio contact with other lightkeepers, but had to rig up a one-way radio to communicate when family members were home on the mainland. He could transmit, but not receive.

“We used the white sheet method,” says Betty. “He’d ask a question, then watch the house with binoculars. We’d wave the sheet once for yes, twice for no, three times for I don’t know.”

A beach fire signaled that someone wanted a lift to the island. Others arrived unannounced. “We’d see a boat, get the binoculars and say, ‘Ten coming over… better get something cooked’,” recalls Betty.

The Weston family—with the stage name Fundy Trailers—were well-loved musical entertainers. “People would come for music on the weekend, play a few tunes, eat and leave. Mom would say, ‘They always bring beer, but they never bring food’,” says Betty.

Although life on the island led to close family ties and appreciation for the uniqueness of their childhood, at times the girls still felt the isolation from life on the mainland.

“Up in the lighthouse, I could see the sun shining on the two churches and cars going by, and would wonder if it was my friends going to Moncton for ice cream,” says Betty. “We had the best possible parents, but I used to look across the marsh and think about walking across it until life got better.”

People of the tides

While Freda sat on a breakwater watching sunrises and sunsets and dreaming of travel to far-off places, Betty prayed for a baby sister to float in on the tide.

“Everything came in on the tide…stalks of bananas, a teddy bear, cloth coats. Mom would fix them—add an arm, mend a hole–and I thought, ‘why not a baby sister?’ Like Moses and the bulrushes.”

The baby never arrived, but when Joe Russell came to the island as Pappy’s assistant, bringing two young daughters and two sons, it was just as good.

Local historian, Dawne McLean of Shepody, explains that Joe had “island in his blood.” Both his grandfather (James Rogers) and great-uncle (George) had been Grindstone lightkeepers between 1885 and 1913.

James’ daughter, Mary Russell, wrote a detailed account of life on the island during a time when she might see “three or four square-rigged vessels and as many steamships in The Fathom at one time.” She describes the first lighthouse as a wooden structure with four oil lamps and reflectors facing north, south, east, west. They were lit nightly.

In 1911, one of those lamps exploded, setting the lighthouse aflame, necessitating the construction of the current 59-foot (19-metre) concrete tower with its unique hexagonal design, six buttresses and revolving light. Mary also wrote about community connections with the island. “There was a time when Grindstone was a destination,” says Dawne. “It was an icon of our area. We are people of the tides, and so everyone going to Grindstone did so according to the tides. That made it special. People loved it, celebrated it, picnicked there. It is a part of our history.”

Dawne’s great-uncle, Hugh Wright, preceded Pappy as lightkeeper. As a single man, he clearly felt the isolation. “Every summer, he invited local teenagers to the island for a week of vacation. He loved having them there.”

When he retired, Dawne’s father considered applying for the job, but Hugh said it was too solitary for a family man. Hugh’s last entry in the log book on November 1, 1950 read: “I am now packed up and ready to go after thirteen and a half years here as keeper, and I am not sorry to be leaving.”

“Part of who you are”

The last time Betty and Freda were on the island was 2015. At that time, there was little evidence of the place they once considered home.

“The wharf was gone, doors hanging off our home, windows broken, ceilings falling in. People had taken things. I walked from room to room… all the things we remembered were gone. I felt someone had stolen my childhood,” says Betty. “It saddens my soul.”

“The land is part of your heritage, says Freda. “It’s part of who you are.”

But one thing remains unchanged.

“The smell of the water,” says Betty, smiling. “It still smells the same.” 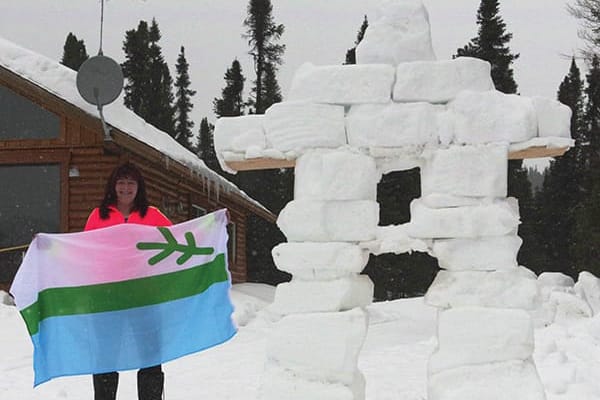 CAREER NURSE and nurse practitioner Karen Oldford is now mayor of Labrador City, where she’s lived since 1986 when she moved from her native Torbay, near St. John’s, with her fiancé Glen, now her... 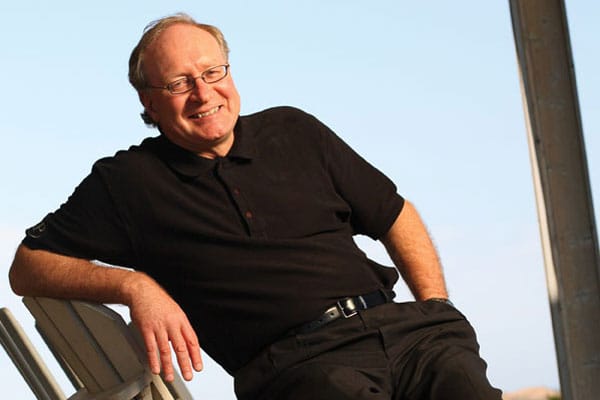 H. WADE MacLauchlan's tenure as president of UPEI has been nothing short of revolutionary. The university has a new student centre, new business school, and enrolment and research funding have risen... 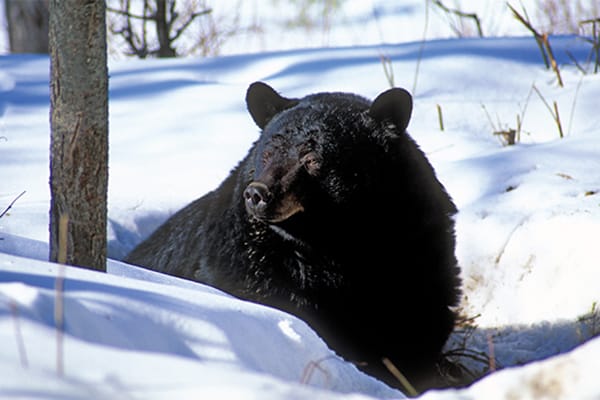 WINTER’S ARRIVAL renews my appreciation for the energy-efficient, wood burning cook stove that keeps us warm. The cold season presents a tough challenge for many species in northeastern North...