While blue jays, squirrels and others cache food during the late summer and fall in order to survive winter, many others cope with cold by slowing their bodies down for the season. This is generally referred to as hibernation—but it happens in a variety of fascinating ways.

Some cold-blooded fish and aquatic salamanders, insects and green frog tadpoles remain relatively active under the ice. Other fish, amphibians and all reptiles opt out of winter. A few manage to transition from breathing air with lungs to absorbing oxygen through their skin underwater!

Garter snakes prefer winter temperatures that hover around 5°C. They slither into rock piles, take up residence in woodchuck dens or end up comatose underwater in wells or springs, breathing through their skins. Their heart rate drops to six beats per minute, about one-tenth the normal rate on a summer day.

While dredging a pond silted in from a neighbour’s 2007 clearcut, I dug up a northern leopard frog. It had burrowed into the muddy pool to overwinter. Wood frogs and garter snakes seek shelter underneath ground vegetation and in rock piles, but some frogs can freeze solid. Northern spring peepers and wood frogs respond to ice forming in their skin and toes by flooding their bodies with glucose, a sugar that protects their cells from ice damage while at the same time inducing an unconscious state. (Humans with this glucose concentration in their blood would slip into a diabetic coma and die.) Warm weather prompts these “frogsicles” to thaw out. They burn off the sugar by hopping downhill to mix and match at breeding ponds.

Painted turtles bury into marsh or pond bottoms. Their heart rate slows from summer’s 30-40 beats per minute to one beat every 10 or 11 minutes. Lactic acid slowly building up in their bodies is countered by absorbing calcium carbonate from their shells. A kind of Rolaids to neutralize the acid.

Mammals haven’t the options to freeze solid or breathe through their skins. They have other strategies.

Woodchucks, jumping mice and little brown bats are serious hibernators. They survive using stored body fat for insulation and nutrition. To warm up their bodies when hibernation ends, they draw energy from special fat reserves stored between their shoulder blades, called “brown fat.”

A woodchuck’s heartbeat will drop from 80 to four or five beats per minute, while its body temperature drops from a normal 38°C to as low as 3°C.

Digging some potting soil one warm fall day, I unearthed a jumping mouse already in a very torpid (slow and lazy) state. Apparently they bid winter adieu long before it arrives. They barely breathe over the winter, keeping their body temperatures only a tad warmer than their immediate environment, and slowing their heart rate to a couple of beats a minute.

Human visits to bat caves during winter can arouse and disrupt them too frequently, depleting their energy reserves and eventually causing death.

Chipmunks have food storage chambers in their dens. If their food chambers are well-provisioned, chipmunks wake more frequently over the winter to dine. Arising from its sleeping chamber, which is part of an underground system of connected rooms and tunnels as long as nine metres (30 feet), the little rodent will stagger down a tunnel in the dark to use its chipmunk lavatory. Sleepwalking through the maze, it proceeds to the store room. After a meal, the fur-ball totters back down the tunnel, eyes closed, collapsing once again into the insulated, leafy softness of its sleeping chamber.

It never seemed a wise idea to pay a winter visit to the female black bear who moved into a den I assembled years ago. Such an encounter could prove risky. Black bears can wake quickly if disturbed. Their heart rate only drops from 40-50 beats per minute to eight-10 per minute, while their body temperature only drops from a normal of about 38°C to 31-34°C. Research has been conducted to determine how hibernating bears manage to recycle 98 per cent of the urea that would otherwise be released in their urine. They use this urea to create new amino acids and proteins that maintain their muscle mass and condition while they sleep. (Contrast this with what happens to bed-ridden human muscles in a few weeks.) During hibernation bears don’t eat, drink, or emit wastes, but female black bears manage to give birth and suckle their cubs through the remainder of the winter.

Tracks in the snow tell that some striped skunks may only spend a few weeks tucked away in a den. At Pomquet I watched a female skunk back into her den in late fall, carefully gathering and covering the opening with leaves to keep cold air out and disguise the entrance. On another occasion, after waking up from a deep sleep, a skunk performed a comical, winter pushup routine, apparently to speed up its blood circulation.

A few small animals have ferocious demands for calories to fuel very high metabolic rates. Like the jumping mouse, some become torpid to save energy when not eating. Seattle, Wash. researchers have induced a state of torpor in mice at normal temperatures simply by lacing the air they breathe with 80 parts per million of hydrogen sulphide gas. Exposed to this mixture, which smells like rotten eggs, the mice quickly lost consciousness. Their breathing rate dropped from 120 to 10 per minute, and body temperatures fell from 37°C to 11°C. The rodents appeared normal again after their exposure to the gas. Lowering body temperatures is already being used to buy time for humans with serious health issues.

Back in Pomquet NS, as snow swirls outside, we “hibernate” in front of hardwood in the stove! 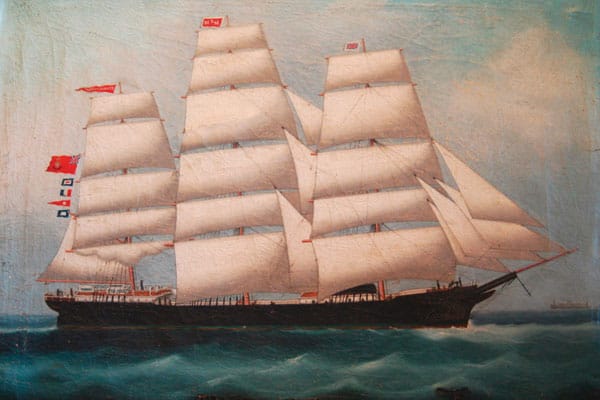 The Return of the Revolving Light

On September 15, 1875, a three-masted ship named Revolving Light slid from the slipway at the Turner Shipyard in Harvey Bank, NB, amid cheers of onlookers. Her pennants flashed in the sun as a... 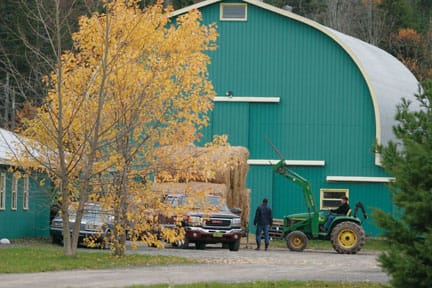 Drinking a cup of tea at the dining room table, Leroy Boese is about to share the story of how he and his wife, Gwen, came to be married. He smiles self-consciously-by today's standards it's an... 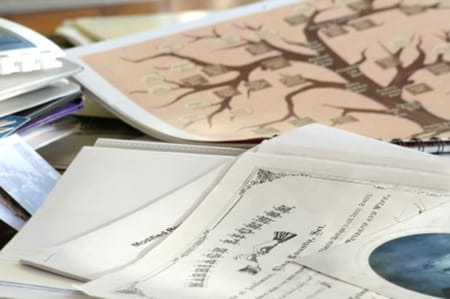