Flying squirrels don’t actually fly, but they may be responsible for some of those things that go “bump” in the night

AS YOU TURN on the outside light for departing evening guests, you glance out the window. A stretched, face-cloth shape drifts by, with gleaming black eyes and a tongue-depressor tail. Baffled, you watch it flare up and land on the bird feeder. After a moment’s pause, you realize that you haven’t lost your mind: the apparition is a flying squirrel, our seldom-seen nighttime neighbour.

Flying squirrels don’t actually fly, of course. They climb up and jump off tall trees or buildings, gliding through their home territories. Their light weight helps them glide through the forest, travelling horizontally up to three metres for every metre they drop. The square sail rigging is assumed by stretching their legs out to soar away, with the flattened tail adding more gliding surface and acting as a rudder, like the tail on a kite. While gliding, these squirrels can adjust their flight path with forearm movements that enable them to execute 180º turns. Like animated magic carpets, they flit through the forest at speeds of 24 to 32 km/h, banking left and right while avoiding tree branches, and travelling as far as 50 metres or more. At rest, their fully-furred gliding membrane is loosely folded along their sides, which slows them down a tad when scampering overland.

Their large, light-collecting eyes make navigation at night possible. Combine those eyes with dense, silky fur, a turned up nose, chirruping calls and a tendency to skitter and you have one cute critter.

Because of their nocturnal nature, flying squirrels rarely see humans and usually have little fear, and any timidity about humans can disappear with familiarity—overcome by a natural curiosity and fun-loving behaviour. Hunters in a predawn tree stand may be surprised when a flying fur ball lands on their jacket and begins to inspect a pocket! These may also be the mysterious creatures that keep campers awake at night by sliding down and trampolining off their tents.

I discovered flying squirrels on our property years ago on an early spring day. Old nest material needed replacement in boxes I had erected for birds. The ladder’s thump against one tree prompted a groggy flying squirrel to climb out the hole into daylight. Hello! I left that box alone.

Flying squirrels are congenial with others of their kind. Forming a heat-conserving furry mass saves energy. One cold February morning, a neighbour called after cutting down a red maple. As it hit the ground, the tree broke open, revealing a hollow cavity. Roughly 35 flying squirrels, one red squirrel and a bat tumbled out over the snow. When I arrived at the scene, there were only tracks straggling off in all directions through the woods. Groggy and in shock, they didn’t seem to know where to go. The chances of these hapless creatures finding a new squirrel “condo” for survival were slim.

Forestry equipment operators report groups of flying squirrels streaming out of holes as their machines grapple, cut and lean trees over. This is one reason these gentle creatures are rarely seen. Repeatedly cut forests have few, if any, old trees with hollow centres where the squirrels can take shelter to overwinter or raise their young.

Flying squirrels eat both plant and animal material. The diet of southern flying squirrels includes tree buds, insects, fruit and nuts. When ripe, acorns and beechnuts are gathered and stored for winter. Northern flying squirrels consume those same staples when they are available. Without these choices, they will eat softwood seeds, but they prefer tree lichens during the winter and fungi in the summer. The size of a home territory can vary depending on food availability. Individuals will travel 500 metres or more from the nest tree.

Scientists recently discovered that these diminutive night flyers can play an important role in ecologically healthy forests. By eating fungi (mushrooms) while travelling through forests and dropping the fungi’s reproductive spores in their scat, northern flying squirrels spread a number of mushroom species. Threads of fungi live on the root systems of trees, where they help to convert and supply nutrients that the trees need. Forests with tree holes or cavities that shelter flying squirrels, therefore, have wide ecological benefits for the woods as a whole. Clearcuts quickly end that relationship.

These little gliders breed in March or April. After a gestation period of about 40 days, one to four young are usually born in May or June. Helpless, naked, blind, toothless and deaf, they sleep and nurse as the female guards them in their tree cavity hideaway which is lined with shredded bark, dried leaves and grass. The youngsters’ eyes open after a month. Exploration of the nest cavity, play with nest mates and short glides begin during the next month. Weaning and independence come with the third month.

Young can be differentiated from adults in late summer by their grey upper coats, which persist until the winter fur molt in October. Adults have a mix of tan and beige colours, with white undersides.

Pine martin, lynx, bobcat, barred owls, great horned owls, and members of the dog and weasel families prey upon flying squirrels. Their other main predator is the domestic cat. I found the flattened tail of a cat-killed northern flying squirrel, along with numerous shrew heads and a red squirrel tail, strewn along my woodland road while I was writing this article. We don’t own a cat, but they often kill wildlife in our woodland.

If you live near a healthy forest, the best way to see flying squirrels is to pick a clear, moonlit night and watch your bird feeders. They can be attracted with cracked nuts, sunflower seeds, peanut butter and suet.

And who knows? Rambunctious flying squirrels may be the explanation for all those unexplained thumps on your roof on cold winter nights. 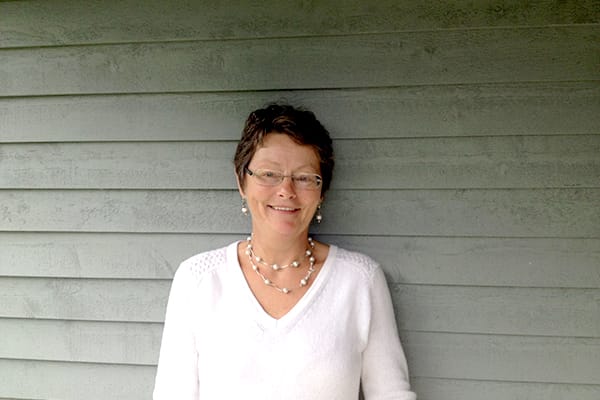 The lodestar of Gros Morne 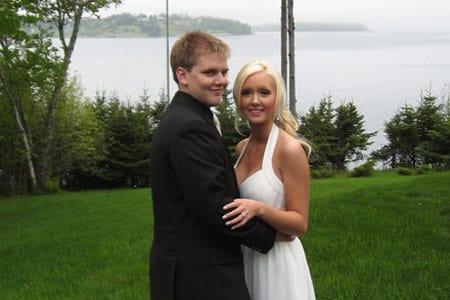 Standing just inside St. John’s Anglican Church, Gail Hewitt started to cry. “I was overwhelmed. This is where my relatives had been married, baptized and buried. They came with so little. This...

A woman of spirit

Not your average demure grandma