We now acknowledge they exist in NB... but in NS we’re positively non-committal.

According to many in my profession, eastern cougars do not exist in Nova Scotia. Nevertheless, over the course of 40 years of becoming a bald biologist, I have frequently listened while individuals described their recent cougar encounters in this province.

My own sighting came as an abrupt surprise. On September 1, 2009, I was driving home to Pomquet from Bayfield Wharf in Antigonish County, at 11 am on a sunny day when I saw a large, tawny cat with a long tail striding diagonally across the road in plain view.

Stunned and in disbelief, I let off on the gas but continued driving. My mind raced. Then I saw a house cat crouched on the side of the pavement. There was no comparison—I had seen my first NS cougar. The ground was too dry to render tracks that might offer evidence. Seeing the animal was enough.

Last spring I spent time assessing wildlife and habitats on a 1,200 acre, 11,000-year-old Mi’kmaq archaeological site at Debert, NS. On March 19th, I was assessing stream habitats and the riparian lands beside those streams. Late in the afternoon I encountered a bare patch of ground with large tracks. An animal had jumped across the stream, slipping once in the mud on the opposite bank. Tracks with no slippage measured 3.25 inches (8.3 cm) wide and 4.5 inches (11.4 cm) long. Toenail marks were absent. Cats can retract their claws, extending them only when required, which keeps them sharp. (Dog claws don’t retract.) The size of these tracks meant two possible animals—a lynx or cougar. These were large for lynx. Having seen deer but few signs of snowshoe hare in the area, I advised the Mi’kmaq that they probably had a cougar on the property.

I wrote about cougars in the first issue of Saltscapes 10 years ago. Since that time Parks Canada scientists have obtained evidence of cougar presence in Fundy National Park, NB. In Nova Scotia the debate about cougar existence and issues of sufficient evidence continues.

The colour of cougars—also called pumas, mountain lions and panthers—ranges from reddish tawny or tawny grey to dark chocolate, and in some cases black. Males normally weigh 100 pounds (45kg), and measure in excess of 6.5 feet (2 m) long. Females usually weigh 40 pounds (18 kg). Breeding season occurs in December or April, with a gestation period of three months.

Females usually breed at 2.5 years of age. A den will be chosen to have one to four kittens (the average is two). Kittens are produced every two or three years and young cougars remain with their mother for up to two years.

Cougars live for about 12 years, ranging over territories as large as 140 square miles (220 square km) or more, marked with scratched scent posts.

Bobcats and lynx have short, stubby tails. A clear view of a large cat with a long tail leads one to mentally compare the size and colour differences that exist between domestic cats and cougars. They can be more challenging than one might think to tell apart, especially if seen on a field in failing light or in rainy conditions without any familiar objects nearby for size comparisons.

Hoaxes also happen. I remember when some wag fastened cougar pads onto stilts, wandered down a ditch, and then called the local Department of Natural Resources office.

Sightings like my own offer no evidence to others, yet a significant number of cougar sightings have some evidence, and the credibility of the citizens involved leads me to take many of those reports seriously.

On the opposite side, the response of some authorities to telephone reports of cougars ranges from serious, to laughter, to outright contempt. This deters many witnesses from reporting incidents in the first place. A CBC wildlife radio show I have been doing for more than 20 years has prompted many to call or write in. Police and conservation officers, government surveyors, farmers, hunters and retired academics have been in touch privately over the years with their own stories and pictures of tracks.

One intriguing story concerns Wayne Beaumaster, who bought land near St. Stephen, NB. Subsequent landscaping filled in what Wayne thought was an old bear den. Soon strange bumps and noises were heard in the night. It seemed that some large animal was upset with his presence.

The house and property began to incur damage that included claw marks. Local authorities were not helpful. Upset, Wayne installed a video camera, with objects of known size in view. A motion sensor on the camera activated it and documented many species, including raccoons and domestic cats. Some of the visiting cats seemed large.

One night an animal struck the side of his house and growled. The audio part of the camera picked up the sound. Listening to that menacing sound, I didn’t think this man’s torment could have been caused by house cats. Evidence of cougars in Fundy National Park gives some vindication to Wayne.

Much track evidence of cougars has been found in Nova Scotia, although folks who are unaware of the cats’ retractable claws frequently report large dog tracks. I once followed a cougar track with a tail drag in the snow for hours. I never caught up to the animal and had to turn around to get out before dark. Some suggest that such a track could have been made by a lynx carrying a snowshoe hare or rabbit with its leg dragging in the snow. I think a drag mark from carrying a rabbit would be sloppy, less consistent and more side to side. There should have been occasional blood spots and I wonder why a lynx would carry a rabbit so far. White-tailed deer are the favourite prey of cougars in New Brunswick.

Years ago I remember a skull being turned in to authorities that was subsequently dismissed as that from a western cougar. Hair and scat are the other evidence that scientists collect. Recent genetic work shows there is no difference between eastern and western cougars.

Scientists have dismissed some convincing eastern cougar evidence as that committed by released pets. Cougars would be terrifying pets. Stalking and ambushing unsuspecting visitors would be their first and finest form of recreation. I once walked into an enclosure with a bobcat that had been a pet. In a flash it ran over, jumped onto my shoulders, and took my throat in its jaws. Exposing one’s throat is a sign of trust in the cat world. Not crushing my windpipe was its way of showing me trust. Glad that bobcat was having a good day! With the right genes, a breeding population that includes former pets still sounds like an eastern cougar population to me! 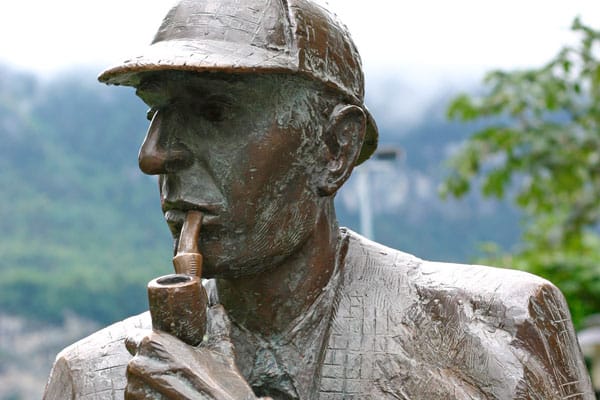 A Rose by Any Other Name

Ancestors moved, names were changed… they still tell a story, but it may not be the one you expect. On two recent occasions I met people who had been told their family was English or at least from... 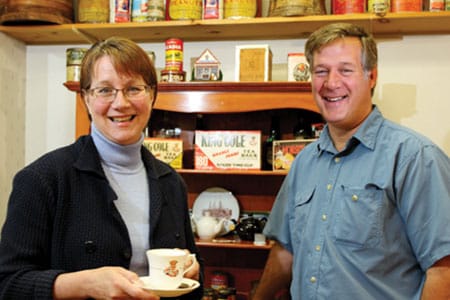 When Charles Darwin stepped ashore on the Galapagos Islands in 1835, he found himself surrounded at every turn by flora and fauna unlike any he had ever seen, none more so than the resident colony... 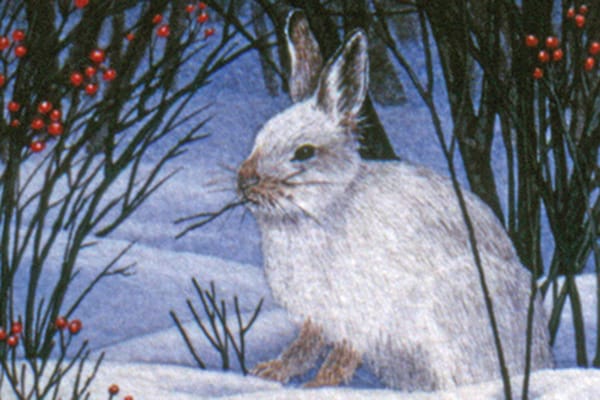 Learning about animal tracks and the stories that wild animals leave behind is a fascinating aspect of my biological work. Many First Nations peoples and experienced woodsmen learn to read imperfect track...