Unhealthy habits decades ago and an older population are factors

Around the time stand-up comedian Marc Sauvé turned 40, he discovered a lump near his shoulder blade. “It was super itchy,” he recalls. “It drove me crazy.” At the time, Sauvé was a busy guy. He was helping get two Yuk Yuks comedy clubs off the ground, one in Moncton where he was living and one in Halifax. Still, he took the time to visit his doctor. That visit may have saved his life.

From his doctor, he went to a dermatologist who took what Sauvé describes as a nickel-sized biopsy. One day when Sauvé was on the road, the dermatologist called, asking him to come in for a talk. Sauvé was so busy, he asked the doctor to just tell him what was up.

“He didn’t even ask me to pull over. He says, ‘Do you know who Mario Lemieux and Saku Koivu are? Well, you have a lot in common with them now.’ That’s how he told me I had non-Hodgkins lymphoma.” Ironically, the disease known as NHL—a cancer that starts in the lymphatic system —is best known as the one that has interrupted the careers of famous hockey players like Lemieux and Koivu.

“You know what,” adds Sauvé, “Looking back, his odd attempt at humour cushioned the blow. I didn’t have that classic, in-the-movies grim moment in the doctor’s office. Instead, I was driving on a beautiful highway somewhere in the Maritimes.”

While Sauvé counts himself lucky in this and many other ways, his cancer diagnosis fits a pattern. As an Atlantic Canadian, he lives in the region of Canada that reports the highest overall cancer rates. According to the 2017 Canadian Cancer Statistics report, Nova Scotia, PEI and Newfoundland and Labrador report cancer incident rates among men that are higher than the Canadian average. New Brunswick is under the Canadian average, but still fifth among all provinces.

The Newfoundland numbers are significantly higher than the average of 548.4 per 100,000 and are the worst in the country at 627.4. When it comes to women, only Newfoundland records an overall cancer rate at 555.5, higher than the Canadian average of 495.6. Again, the province’s rates are significantly higher and the worst in Canada.

The statistics are even more alarming when it comes to survival rates. All four Atlantic Provinces report survival rates lower than Canadian averages for males at 233.3 and females at 172.1 per 100,000. Again, Newfoundland has the worst record among all provinces at 287.6. All of these statistics are per capita and adjusted for age. In other words, the influence of our aging population on cancer rates is removed from these statistics.

Dr. Leah Smith at the Canadian Cancer Society in Toronto confirms these statistics. “Cancer rates generally are higher in the Atlantic Provinces, especially in Nova Scotia and Newfoundland and Labrador,” says the St. John’s native. “With lung cancer, we see higher rates in each of the Atlantic provinces than the Canadian average. Lung cancer is the most commonly diagnosed cancer in Canada and the leading cause of cancer deaths. Colorectal cancer is the second leading cancer and the second leading cause of cancer deaths. We see higher rates of colorectal cancer in Atlantic Canada.”

Until he was diagnosed with NHL, Marc Sauvé says that aside from a few sports injuries in his teens, he had always been healthy. To this day, he can’t figure out why he contracted the disease. “I just don’t understand how people get so sick at such a young age.”

Dr. Leah Smith says there’s no easy answer when trying to nail down the reasons why cancer rates vary across the country. “We see higher rates of the causes of cancer in the Atlantic Provinces. That includes smoking, which is the number one preventable cause of cancer. Smoking rates 20 to 40 years ago would cause cancers now. It’s reasonable to speculate that higher rates of smoking could be a contributing factor, along with things like obesity, another preventable cause of cancer.” She adds, “Alcohol consumption is another cause of cancer and we see higher rates of especially heavy drinking in the east. That’s defined as drinking five or more drinks on one occasion.”

When it comes to the number of cancer cases as opposed to the rates adjusted for age, she says, “We know age is the biggest risk factor for cancer.” According to a 2017 Statistics Canada report, the four Atlantic Provinces have the highest median age. The proportion of persons aged 65 and up is higher in Nova Scotia than any other province at 17.2 per cent.

Although there’s no way to say for sure, it’s these higher rates of the very things that cause cancer that may give Marc Sauvé his answer. “At the time, I was a heavy smoker,” he admits. It was another eight years after his bout with NHL before he could finally beat his addiction. “Looking back, I wonder why I didn’t quit sooner.”

Sauvé’s experience points to a couple of pieces of good news for Atlantic Canadians about cancer and survival rates. The first is that early diagnosis means better survival rates, often dramatically so.

Such dramatic statistics lead to the conclusion that screening mechanisms for cancers are vitally important to early detection and therefore dramatically better chances of survival. Some, like Marc Sauvé, experience early detection by luck or by obvious signs that, as he puts it, something isn’t right. For others, cancers are detected through screening programs. “Whereas breast and cervical cancer screening rates are 70 to 90 per cent across the country,” says Dr. Smith, “no province or territory has reached 60 per cent participation in colorectal cancer screening,” The difference in screening rates, she says, is because colorectal screening is relatively new.

Colorectal cancer screening “can help detect pre-cancerous changes that can be treated so you prevent the cancer from ever happening. It can reduce the number of cancers, but also the number of people who die of cancer.”

Marc Sauvé’s experience suggests we can help ourselves avoid cancer in the first place. As Dr. Smith puts it, “We estimate about half of all cancers are preventable. The associations are known. People can reduce the risk by not smoking, maintaining a healthy body weight, eating a healthy diet and limiting alcohol consumption.”

Whatever the cause of Marc Sauvé’s NHL, he’s thankful it was caught early. And yet, he has trouble calling himself a cancer survivor. As we all do, he knows of far worse cases than his own brush with cancer. Because of early detection, he says, “I feel so lucky it was such a light kiss.” Still, he says, “It changed my perspective. I do what I do as a standup comic because it’s all about the quality of life. I made pancakes for my kids this morning and sent them off to school. I’ll be here at 3 o’clock.

“I’m thankful that I decided to go to that dermatologist.” 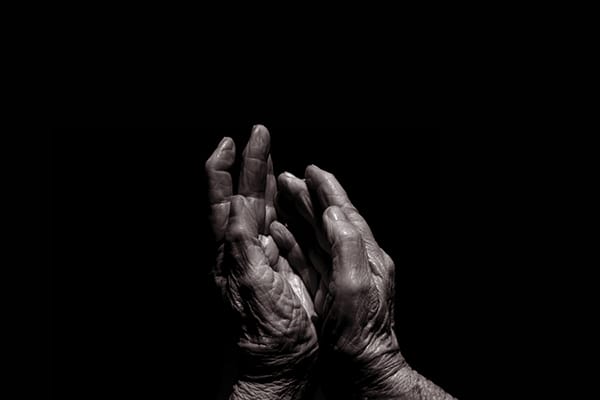 Rheumatoid Arthritis (RA) is an autoimmune disease that attacks the immune system of the joints and cartilage, which results in extreme pain, swelling and stiffness and permanent deformities.

When that first tooth peeks through a tiny pink gum, it is a cause for celebration. Proud parents can take a photo for Facebook, upload a video to YouTube, and call grandparents with the good news...

Links between arthritis and depression