Willem van den Hoek had to change the original name of the farm where he makes a popular heritage cheese. "That Damn Dutchman" was too controversial, he says, and people, including Dutch groups, took offence. So he dropped the "Damn" and substituted a series of stars, lightning bolts, and crossbones.

Some people saw the Star of David in these new symbols and others "thought we were associated with Satanists," Willem says. He received some nasty mail, and a mysterious fire broke out in one of his barns. Now, the farm near Upper Economy, Nova Scotia is known simply as "That Dutchman." That solved the problem with the name. The controversy surrounding the cheese, however, won't disappear as easily.

Most of Willem van den Hoek's customers at the Halifax Farmers Market don't realize they are buying a controversial cheese. What they do understand is that they like it. "Rich and creamy and perfect texture," says Nora McKay. "Fresher and fuller flavour," Paul Routhier assures me. "Much, much better than a supermarket cheese," conclude long time customers Roy and Jackie Hercun.

But when I query them about the type of milk Willem uses to make his Gouda cheese, his customers are less certain. Almost every one of them assumes the milk is pasteurized. It is not. The cheese is made with raw, unpasteurized milk, a controversial ingredient.

Cheese produced from unpasteurized milk may be sold in Canada, as long as it is held above two degrees Celsius and stored for 60 days. These conditions allow the cheese to undergo complex chemical changes, reducing the chance that harmful bacteria can grow.

In 1996, Health Canada wanted to change the rules and ban all raw milk cheese production. The worry was about the high moisture content of soft cheeses which might allow bacteria to develop, even after 60 days. They dropped the idea of a ban after pressure from consumers and producers, most from Quebec, where raw milk cheese is a tradition. Even Health Canada's Scientific Advisory Committee concluded that the science behind the proposed change was unworkable.

Today, Health Canada is not pursuing a ban, but it is working with the provinces to tighten up the regulations. Another federal body, the Canadian Food Inspection Agency, admonishes on its website that consumers should avoid all raw milk cheese. Making a product that is questioned by two powerful bureaucracies would seem to be a folly. Still, Willem van den Hoek persists.

Maja and Willem van den Hoek left the Netherlands as newlyweds in 1970 to make a new life in Canada. The landscape around Truro reminded them of Europe; and they eventually bought 120 acres of undeveloped land to start a farm.

In the beginning, the van den Hoeks had no idea how they were going to make a living. Willem loved cows, so they started milking a dozen head and, to make it pay, decided to produce cheese. He returned to the Netherlands briefly to consult some former neighbours who were making Gouda, part of a raw milk cheese tradition dating back hundreds of years . "People always thought that this is what gave the cheese its good taste and texture," he says, noting the qualities of unpasteurized milk.

Back in what was then a loosely regulated dairy climate of Nova Scotia, the van den Hoeks started experimenting with the raw milk process, and "the rest was by the seat of our pants." A 1,600-year-old tradition had taken root on their new land. Willem never even thought about regulations. He smiles and says, "They caught up with me eventually."

The long, gleaming Farmer's Dairy delivery truck backs into position near Willem's main building an 18-wheel link in the modern regulatory system that is these days tightly controlled by provincial and federal inspectors enforcing hundreds of rules. The milk has been picked up at two farms which Willem has selected because of their long-term quality records. "As long as I get good quality, dependable milk with no bacteria counts and consistent, I'm happy," he explains, noting that the milk is not organic.

The official binder containing all the rules, processes and equipment for milk pasteurization is two inches thick. But Willem doesn't need to consult it while he makes his raw milk cheese. In all, he makes eight kinds of Gouda which have been aged for various lengths, of time and include plain, smoked and numerous herb combinations. The most popular cheese is plain Gouda.

"What you're doing is what goes on in the calf's stomach," is the analogy Willem uses to describe cheese making. The calf has rennet in its warm stomach. It drinks its mother's milk. The rennet pulls all the solids out of the milk. The calf's system breaks down the solids (or curd) and creates a nourishing food. "So, I am just mimicking that process on a large scale."

A huge stainless steel vat serves as a "stomach." Willem transfers 1,500 litres of cool milk from a holding tank into the vat. A starter culture and rennet are added while heat is applied, but only up to 37 degrees C., well short of the 63 degrees required for pasteurizaton. When the solid curds start to form and separate from the liquid whey, they are cut and packed into cheese moulds to form the wheels that go into storage. Willem's imitation of nature has created 150 kilograms of cheese that he considers safe.

Earlier this year, a raw milk Gouda farm in Alberta shut down when several customers contracted listeriosis. Listeria is a bacterium that can make people ill, especially pregnant women and those with weak immune systems. Extensive testing failed to detect problems at the cheese facility, but the incident renewed concerns about the safety of raw milk cheese.

Willem has never had a problem with his cheese, but says it should be up to individuals to decide how much risk they want to assume. "Driving to Halifax is a risk. Skydiving is a risk. Sitting on your couch is a risk too."

No segment of society does more risk analysis than the insurance industry. This year, Willem's insurance company proposed a dramatic increase for his product liability insurance. This is the insurance he carries in case anyone gets sick from eating his cheese.

Willem is not certain he can afford to carry the insurance. His cheese is inspected every month by government officials, but the insurance company wanted more testing. That would be very expensive, and he would have to expand production to cover his costs; but he has no wish to become a large operation and lose the personal attention he gives to every detail. "I thought the idea was we had a small business," he moans, citing this dilemma as another example of the squeeze being put on small, artisan food producers.

Earlier in the day, the cheese maker wanted me to see "Willem's Folly." That's the name of acres and acres of idyllic fenced-in gardens, ponds, interpretive trails, and animals stretching back from his main buildings. Cheese pays the bills, but this money-losing undertaking is Willem's heartfelt attempt to create a place for visitors to experience the countryside and relax. However, many people don't want to pay the admission fee he charges, and some have even broken through the fence to "experience the countryside" for free.

Just another controversy to deal with, but Willem van den Hoek feels they are worth overcoming. "As a society, if we don't take the time to make pretty things or save pretty things, what the hell are we leaving our kids?" he asks.

Our wine expert explores your favourite wine and food websites. The food and drink scene in Atlantic Canada is flourishing, with new wineries, breweries, restaurants, wine retailers, fromageries and... 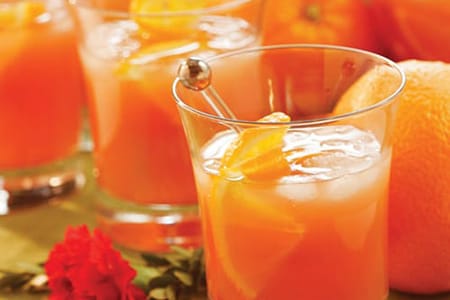 It's time to bid farewell to expensive formal dinners and say hello to the ease of casual brunches.