A fairytale about Nova Scotia wine

After helping her father plant his vineyard, sommelier Alanna McIntyre knows the hard work that goes into a good glass of wine, from the vine up.

Alanna McIntyre leads a kind of fairytale life for grown-ups. The 30-something sommelier and mother of two works at Bishop’s Cellar, a private wine store in Halifax where she faithfully tastes all the wine she helps import from around the world. And that’s just the beginning of her enviable lifestyle, one intricately bound with the story of Nova Scotia wine.

I am standing on a rise in Nova Scotia’s Annapolis Valley near Canning, the red mud flats of the Minas Basin beyond, the red cliffs of Cape Blomidon at my back. Between the two on a south-facing slope is a tidy vineyard that Alanna helped plant.

This fertile valley where apple orchards and corn fields spring from the soil is becoming known as the home of great wines made by skilled viticulturists and ingenious vintners, and interpreted by eloquent wine connoisseurs. Alanna McIntyre is among the elite of the latter; indeed she’s responsible for the Nova Scotia portfolio for Bishop’s Cellar. Words come easy to Alanna, a slight figure of even demeanor. She’s smart and worldly—her first taste of wine with a meal came in France while on a high school exchange.

Alanna stands beside her Italian husband with the impossibly macho name of Flavio Racca. They met when he rented her a snowboard in the Alps back in 2001. Alanna was in Italy to learn the language, but this is also where her love of wine began. While at language school in Florence, she and a friend took a wine appreciation course—and the ski holiday where she met Flavio. By the spring, Alanna’s father knew things were serious between them, so he flew to meet the young man who had stolen the heart of his eldest daughter.

Flavio spoke no English, Dr. Allan McIntyre no Italian. Flavio works with his hands, then as a labourer, now as a plumber. Allan was an anesthetist at a Halifax hospital. They should have butted heads like two alpine sheep. Instead, they hit it off in a way that would change all their lives. Allan had recently become obsessed with the idea of planting a vineyard, so he and Flavio had a lot to talk about. You see, the rustic country wines of Flavio’s native Piedmont flow in his veins—the vineyard landscape in this region where Flavio grew up drinking wine from tumblers at meals has UNESCO World Heritage status.

Allan offered Flavio a job helping plant his dream vineyard if he and Alanna would spend the summer in Nova Scotia. They accepted and now here I am, strolling the vineyard with those who planted it. “It’s tedious, hard work,” says Alanna. “At the beginning, we didn’t even have an auger to dig the holes.” Alanna’s family members helped, but the work her father estimated would take two weeks stretched into a month. “We just worked, worked, worked. I’ve never felt so tired.”

From her aching hands grew a hard-won, permanent respect for those who keep vineyards. Alanna stoops to cradle a bunch of grapes in her hand, pruned to a single cluster per branch on every vine, the leaves stripped away so the sun can ripen them. The work here is endless. There’s weeding and fertilizing and spraying for mildew. Up at the barn, Flavio and Alanna show me the cannon used to scare off hungry raccoons. There are rolls and rolls of netting used to drape ripening fruit against flocks of starlings.

After planting the vineyard, Flavio returned to Italy while Alanna stayed behind, her future uncertain but her interest in wine further piqued. She took a sommelier course in Halifax through the International Sommelier Guild before returning to Italy to be with Flavio; they married in 2003. For five years they lived there, Alanna working as an English teacher, translator, pizza dough maker—anything that came her way. She considered, then decided against, going to a winemaking school in Italy. “I felt I was disappointing my father. I know in my heart my dad would have wanted one of his five kids to make wine, but I now know it’s not going to be me. I love a lot about the wine business, but it’s the food, the tasting, the connection with people.”

One of the people she connected with is Mike Lightfoot, the chicken farmer who sold Allan McIntyre the land for his vineyard. Alanna and Flavio take me to the outskirts of Wolfville to meet him and sample Nova Scotia’s newest and what Alanna claims is its best wine.

To hear Mike talk about wine is jolting. He’s a stocky, rugged seventh generation farmer, living with his four daughters and his wife Jocelyn (also a sommelier) on the ground his grandmother planted and where today he raises a million kilos of broiler chickens and hatches 1.3 million chicks to sell to other poultry farmers. Mike’s manner and speech is that of a gentlemen’s league hockey player so the intricacy and depth of his knowledge about grapes, vines and wines might not fit expectations.

After selling the land to Allan McIntyre, Mike got interested in wine. “It planted a seed,” he says. Today, Mike grows 37 acres of certified organic grapes and has already released some of the first of the Lightfoot & Wolfville wines. In 2017 he’ll open a major new winery. Self taught, he follows the teachings of Rudolf Steiner who was preaching biodynamic techniques for organic farming back in the 1920s. Steiner discovered that soil fertility was vital to healthy plants and good wine, and that industrial practices were killing the soil. Some of Mike’s rituals seem more witchcraft than farming—he buries cow horns filled with manure, digs them up and fertilizes with the contents—but his vineyards are lush and productive.

A toast to talent

In the basement of the barn where his grandfather once made hard apple cider, Mike pours generous samples of his wines. They are remarkable, proof that the secret to a good wine is in the soil. As we savour the Lightfoot & Wolfville 2013 Pinot Noir, made entirely from Allan McIntyre’s grapes grown on land Mike once farmed, Mike has something to say about Alanna. “She’s done a tremendous amount to advance Nova Scotia wines.”

Alanna, whose career is proof that the secret to a good sommelier is in her roots, returns the praise. “This isn’t just good Nova Scotia wine. This is good wine.”

Flavio holds his glass up to the light, “We planted this. Do you remember?” He has the expression of a new father. Alanna smiles and they clink glasses—toasting their own life as much as the wine.

Afterword: Before this story went to print, Allan McIntyre sold Racca Vineyards—yes, he named it for Flavio—to local winemaker Benjamin Bridge Estates. “We have good memories,” Alanna reminisced. No matter. The vineyard and Alanna still belong to Nova Scotia.

Putting the culture back in agriculture

Reg Phelan points to a sepia-tinted photograph over the couch in his sitting room. “These are my great grandparents,” he says proudly. His family, the Kennys and Phelans, have farmed the land... 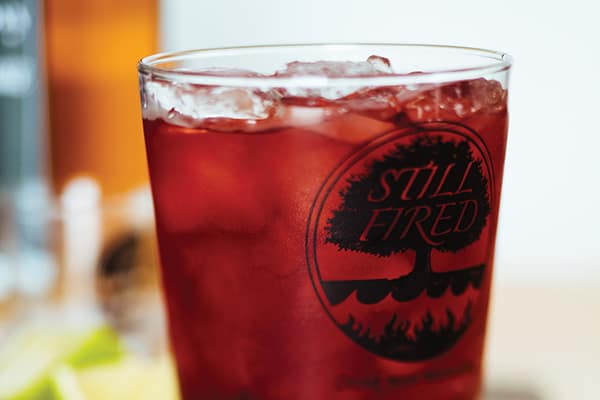 Owen Ritchie and Andrew Cameron were both commercial divers working as underwater welders for a company based out of Halifax NS when their labourious, high-intensity career found them spending a lot... 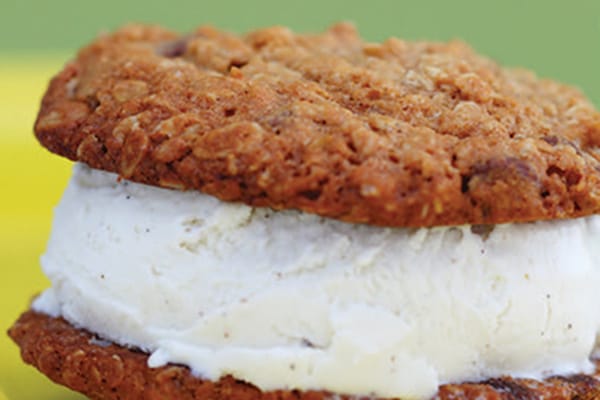 Summertime and ice cream go hand-in-hand. With so many ice cream machines available these days, it’s never been easier to scoop out a homemade cone of your favourite frozen dessert.