On the eastern side of Prince Edward Island lies beautiful Cardigan Bay, into which the Brudenell, Montague and Cardigan Rivers empty their waters. Designated the Three Rivers National Heritage River System in 2004, the rivers and the surrounding area may seem small by some standards, but it provides more than enough to keep even the most active tourist busy for days.

Montague is the starting point for exploring this area. Less than a half-hour drive from the Wood Islands ferry, and just over an hour's drive from the Confederation Bridge, it has a working harbour where colourful lobster and herring boats land their catches. The old train station has been faithfully restored and now serves as both the terminus of the Confederation Trail and the centre of a busy marina, where you can either head out by bike on the hard packed surface of the riverside trail or take a water excursion to view seals and seabirds in their natural habitat. Launch a canoe and head upriver for salmon or speckled trout fishing or, if you'd rather keep your feet on solid ground, take a stroll around town to the Garden of the Gulf Museum, located in a handsome Romanesque Revival sandstone building, a former post office designed by Thomas Fuller, who served as the nation's chief architect in the late 1800s.

The Three Rivers area is rich in history. Long before Charlottetown was founded in 1720, it was the centre of commerce. In 1732, when the island was called île St. Jean and under French dominion, Jean Pierre Roma established a major trading centre at the confluence of the Brudenell and Montague Rivers. Today that same spot is called Roma at Three Rivers, a popular tourism destination and historic site that has been largely rebuilt, according to the original plans, with costumed interpretive guides to explain how and why all roads led to the Three Rivers area for many, many years. Roma is also host to a series of Petites Fêtes (Little Feasts), featuring heritage meals, with French songs and music. Also at these events are educational programs on various aspects of life at Roma, such as the role of the cod fishery and the use of medicinal herbs. Interpretive panels posted along the nine kilometres of walking trails, including the Heritage Trail, tell the history of settlement and ship building in the area. These trails are a great spot to find, but not pick, the provincial flower-the delicate pink lady's slipper. More information can be found at www.roma3rivers.com

Just a short distance from the Montague area is Brudenell River Provincial Park, offering good camping and a marina-a good setting off point to sea kayak, canoe, windsurf or go on a seal watching tour. If you'd rather a land-based adventure, try horseback riding along the shore nearby. 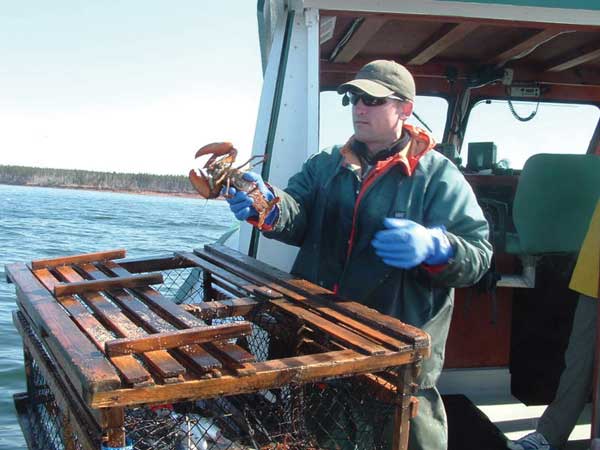 Three Rivers is also the home to one of Canada's top golf destinations, the Rodd Brudenell River Resort. With two 18-hole championship courses here, the Brudenell River Golf Course and Dundarave, both rated in the top 100 in Canada, this is one of golf's hotspots. In fact, Brudenell River Resort was rated by Score Golf magazine as one of the top six best golf resorts in the country. For those new to the game or others wanting to lower their handicap, the Canadian Golf Academy at Brudenell is also considered the best in Canada. A full-service resort, Brudenell has a more than just golf on offer, with a spa, tennis courts, swimming pools and top dining and lodging. Its location, adjacent to the provincial park, makes all the park activities readily accessible as well. Check resort's website is www.roddvacations.com for more information.

The last of the Three Rivers-the Cardigan-empties into the bay of the same name at the village of Cardigan, seen by many as the prettiest in the area. The bridge on the river and the marina are great sites for photos and the marina offers yet another spot in the Three Rivers area to get out on the water, either by canoe or kayak or on an excursion boat. Cardigan Lobster Suppers serves up lobster on a deck overlooking the marina and the river-probably the most scenic location for a meal on the entire island.

The final stop on a tour of the Three Rivers is historic Georgetown, the county seat. Several of Georgetown's historic buildings have been converted into B&Bs and one, the Georgetown Inn, offers some of the best dining in the area from chef/owner Joel Short. The King's Playhouse, established over 100 years ago, is a big draw for both its plays and visiting artists during its regular season. Georgetown's effort to make itself a tourist destination shows, with several fine boardwalks along a very good beach, a walking tour of historic homes, the A.A. MacDonald Memorial Gardens and a busy waterfront wharf. While in Georgetown you can have a unique Maritime experience by taking a trip with Tranquility Cove Adventures (www.tranquilitycoveadventures.com). In May and June they offer a chance to go out on a real lobstering expedition. If you're up to it, you can assist with the pulling and baiting of 300 traps. This full-day trip is not a picnic, but proves hard work can be good fun. From July through to the end of September the lobster pots are put away and the focus is on finding giant bar clams on uninhabited Boughton Island, followed by a clam boil and deep-sea fishing.