Robins may well herald spring, but they get the worm all summer long.

Cheerily-cheer-up, cheerily, cheerily, cheer-up. Dignified in bearing and as respectable as a country squire in habit and dress, male and sometimes female robins assert their claim to the land around our home all summer long. The surrounding woods reverberate with song as they define their territories. Females returning each spring either find their former mate or scrutinize the male occupants of fields and woods for a new one. Nesting territories are established, but the boundaries disappear if any nest is threatened-neighbouring robins mob the intruders, driving away would-be stealers of blue eggs. We often locate barred owls during the summer by walking through our woods to find a chorus of upset robins.

Come mid-summer, robin adults often take a brief break between broods; they relax while overseeing their motley-breasted youngsters learning to feed on the lawn in front of our home. Most juveniles stay within a kilometre of the nest for at least two months after leaving it-fledglings need the time to learn to capture earthworms and insects, and find a variety of fruit. Adult diets are about 40 per cent animal and 60 per cent plant material. Robins will troll the lawn, stopping to cock their head intently in their quest for live prey. This posture is necessary because their eyes are located on the sides of their heads.

As spring emerges every year, robins move northward from their southern sojourn over winter, some eventually nesting as high as 3,660 metres above the tree line in the Rocky Mountains. The southern part of the robins' range extends to the hot desert coastlines of Baja California in Mexico. Originally a forest species, this bird's favourite haunts in recent times have become lawns, gardens and parks. They moved into Texas drylands following human residential sprawl, with its lawns and irrigation. Where trees are planted into prairies, robins are quick to take up residence.

Folks who pay little attention to birds can usually recognize robins by their dark brick-red breast as well as their cheerily call. Fewer still realize that our American robin is actually a member of the thrush family. The species was named by early European settlers who thought it resembled a smaller bird in the old country that also sports a red breast.

For a species living close to humans, scientists and naturalists have had considerable difficulty unveiling details of robin life. Like many people, I have rescued young birds from the clutches of domestic cats and reared them. Quickly claiming your abode, young robins form a tag team and trail their newly adopted den mother during every daytime move, all the while expressing a strong desire to be fed. When they've become big, boisterous and fully-feathered, the orphans venture outside. Human assistance seems somehow inadequate for their survival in a world full of predators. Many enemies lurk in the shadows-among them hawks, squirrels and small boys. Learning to fly is a vulnerable phase.

More than a decade ago, a young female robin who harboured no confusion about her avian identity added greatly to my understanding of robins when she adopted and lived with a friend, Linda Johns. Linda, who lives in northeastern Nova Scotia, is an artist and writer with an extraordinary sensitivity to other living beings. County, the robin who needed help, recuperated in her house and then opted to stay with Linda. County exhibited a great zest for life, an enormous spirit given her slender body and a stubborn determination to be a mother. Her trust for Linda extended to friends like me, a biologist frequently enlisted for advice and assistance.

In due time County became a devoted mother to multiple broods of youngsters, while Linda took on the onerous male role of defender and provider. Often County's behaviour raised more questions for me than answers. She used her beak to touch the naked babies in the nest, then adjusted her brooding accordingly. I was never sure whether she was measuring their heart rate or body temperature.

What did become clear to me is that bird behaviour studies have failed to unveil many of the complex aspects of robins' lives. For example, texts assert that only males sing the cheerily refrain among the more than 50 songs they know. County couldn't have read that book. She sang those songs with panache. Linda eventually learned to communicate with her by sound, posture and visual contact, and came to understand minute details of mood and even food requests that County made. A rich and deep communication developed between this not-so-odd couple. By the time a brood was on their own, both "parents" were utterly exhausted and Linda's artwork schedule severely neglected.

Between bouts of brood-raising over the summer, and during the other seasons spent in Linda's home, fantastic play times occurred. One of County's games combined hide-and-seek with a high-speed form of tag. Linda and I were victims of her game. County would quietly slip away, then burst suddenly around a corner, hot-winging it between startled pairs of human legs.

I never dared to film this game-a camera flash might have momentarily blinded County and precipitated a bone-breaking accident.

My experience with County and Linda led me to the same conclusion expressed in myriad ways by some who have studied animal behaviour over the centuries. In 1739 Scottish historian and metaphysician David Hume volunteered the philosophical opinion that "no truth appears to me to be more evident, than that beasts are endow'd with thought and reason as well as men [are]." Current science substantiates at least part of Hume's view. Pigeons who competed against humans in one scientific study scored higher on non-verbal reasoning tests than their wingless counterparts did.

The country squire and his mate may return each year to occupy and defend "your" lawn, replete with its bugs and worms. In raising several broods per summer they may lead lives as complicated as humans' lives.

Humans can help robins by refraining from using toxic chemicals on lawns, especially since robins provide some measure of bug patrol and control. (Skunks and raccoons also act as pest control officers.) Lawns that have short grass are preferred, so frequent mowing helps. A birdbath is another way to accommodate robins. Locate it where cats cannot launch an ambush, and scrub it clean each time you change its water.

Robins will nest on platforms erected by humans, a relatively clean option if they've ever occupied your window ledge. And it's an easier way to live with shy neighbours! 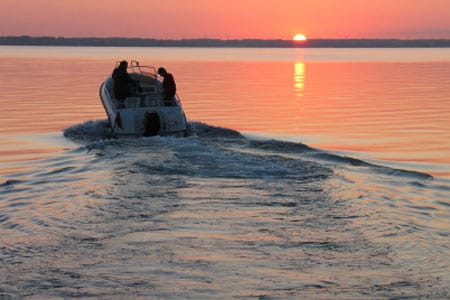 While we are currently enjoying a (probably brief) respite from over-the-top gas prices, that bitter experience highlights what is undoubtedly is in our future. Thankfully, outboard builders seem to... 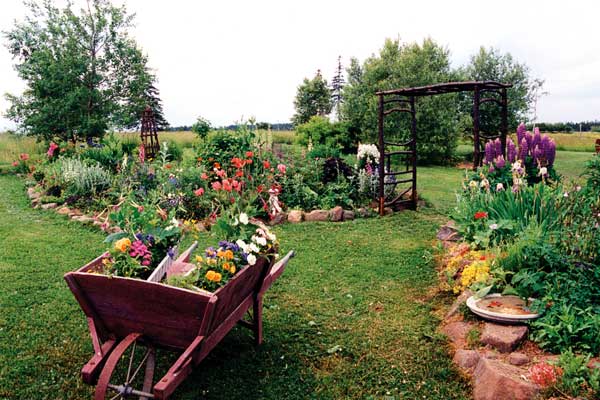 My personal gardening style-or lack thereof-is what I usually refer to as "ruthlessly eclectic." Shrubs, annuals, perennials, herbs and trees grow in an exultant hodgepodge of colour, shape, texture... 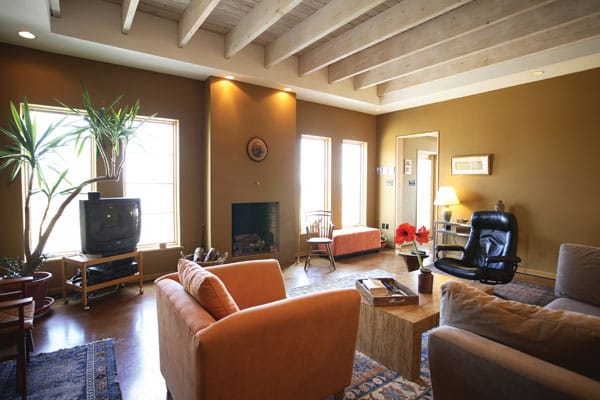 It makes perfect sense, this house. Its exterior firmly rooted in the traditions and seacoast sensibilities of rural Nova Scotia. Its interior a thoughtful, cool, cultured oasis. As you get to know...