We built a pond to attract the neighbours... would they come, congregate, stay awhile?

For decades after building my home into a south-facing hill near a saltmarsh and harbour, I dreamed of replacing the tangle of alders and willows below the house with a pond. Scattered fence posts and barbed wire were evidence that a wet forest had been cleared for pasturing animals. After a hard rain water ran everywhere. Summer dried it up.

Finally, in the summer of 2002, an eight-foot test hole revealed deep clay under topsoil. Water stayed high and cool in the hole over the summer, which meant a liner would not be needed to keep water in a pond. Encouraged, I walked the site with a government inspector who confirmed that no watercourse existed (permits are required to alter existing watercourses.) My wife, Alice, and I ribboned the perimeter of the 220- by 50- to 90-foot area with flagging tape, and cleared the ground over winter, when migratory birds were south, to minimize the habitat upset. Alders created brush piles for rabbits, birds and other wildlife.

We planned the pond layout and contours over long winter evenings. There would be no dam to block fish access from the saltmarsh and harbour. The pond would have irregular, meandering borders to create headlands and coves. Underwater, two-to three-foot and five-to-seven foot zones would allow aquatic plants to grow, and anyone who stumbled in would land in shallow water. A 10-foot-deep zone would allow fish and amphibians to overwinter under the ice.

A small island would offer ground-nesting ducks and birds refuge from roaming raccoons and skulking skunks. Old tree trunks found during digging would be incorporated into the pond. The plan would become a reality using measuring tapes, vertical poles, a transit-an instrument that measures from a level to determine bottom depths-and men with heavy machinery. "Diggings" would form a berm along the east side, and extra clay would also be used to upgrade a forestry road.

An excavator, a bulldozer and dump trucks lumbered up the lane on a very dry August 25th. Alice hastily transplanted 20 frogs from the test hole. Later that day my father died, so Alice, who had shown a genuine interest in designing the pond, suddenly became its overseer. Five-and-a-half days after excavations began, the equipment operators waved goodbye and lumbered back down the lane. As Alice and I stood side by side and pondered the humungous hole, a cloak of silence settled over the land. Would our wildlife neighbours like this offering?

Freshwater trickled in slowly for two months. Meanwhile, spotted sandpipers, frogs and great blue herons investigated. The fresh clay soon held tracks of curious raccoons, otter, coyote and white-tailed deer. Three days after the pond filled in October, muskrats discovered it and built a den in the east-side berm. Within the week, schools of stickleback and mummichog minnows roamed the shallows. Soon young herons lined up like choreographed dancers to fish along a salvaged log that jutted into the water. A mink swam across the pond. 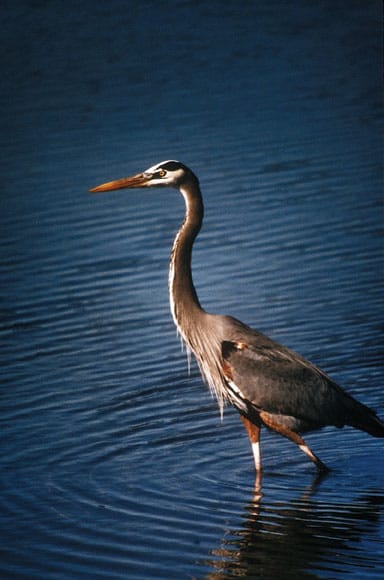 As winter's icy mantle descended, a lone black duck flared, skidded to a halt, carefully scrutinized the new habitat and flew away.

As soon as the ice left the pond last April, the muskrats collected and consumed greenery along its border. We could approach and hear their chattering as they ignored us during the breeding season. Bald eagles from the harbour, neighbourhood crows and red-tailed hawks bathed in the pond outlet. Male sticklebacks set up territories around the shore. On cue, a kingfisher arrived to hunt them. We heard a chorus of spring peepers and later the "tunk tunk" of green frogs. Black ducks, blue-winged teal and mallard ducks kept circling, flaring, landing and investigating the pond.

On June 10th, a two-year-old beaver arrived. It had moved on by the next daylight. On June 17th a female black duck arrived with five newborns from a nest site in the forest to the west. We watched, transfixed, as her ducklings learned to swim! Water striders and whirligig beetles plied the pond's surface, too. Dragonflies and damselflies began patrolling sections of shoreline, males chasing females, and chasing off other males. As if by magic, aquatic plants took root in the shallows, their seeds probably arriving on duck legs. Frogs and small fish now had hiding places. Larger fish arrived from the harbour, jumping for insects and chasing minnows. On calm evenings little brown bats scoured the pond for insects. Bare shoreline gradually became a tangle of touch-me-nots and other greenery.

By mid-summer spotted sandpipers and killdeer frequented the shore. We transplanted native white water lilies, water smartweed and pickerelweed from a nearby lake to the pond. Swimming one day in the shallows, I felt an object on my leg and discovered a leech. After that, I cooled off in deep water!

Four wood ducks visited last fall. We watched evening sunsets while baby muskrats cavorted over the water. In a year our pond had blossomed from mud hole to intricate ecosystem. For the cost of a swimming pool, we've created a wildlife habitat that will persist long after we're gone.

Our insurance agent liked it, too. If fire ever moves through the forests to the west, the pond may save our own habitat! 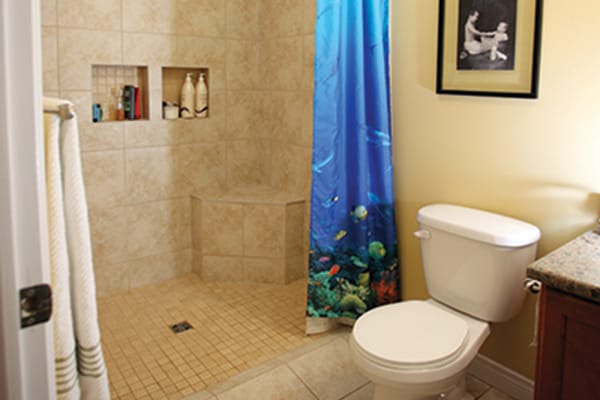 Elmer King doesn’t actually need the elevator he installed in his home on Paper Mill Lake just outside Halifax. And he doesn’t need wider doorways, a ramp and a roll-in shower, although those are... 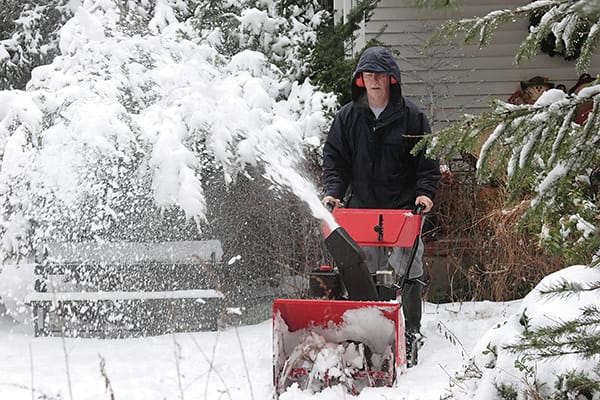 EVEN FOR those of us who profess a mostly harmonious relationship with the natural world, repeated trouncing by winter storms triggers a survivalist instinct. In order for us to commute to work, to get...