Live like a traditional fishing family in Newfoundland’s Gros Morne

It’s so windy, we have a hard time opening the car doors. Outside, we can see our destination—the red “fish store” built on the rocks next to the ocean, but the wind off the Gulf of St. Lawrence is so powerful, I’m not sure we can make it. We lean into the heavy blow, yelling at each other to be heard.

I’ve signed up my wife, our son and myself for “Yaffle of Chores,” a hands-on history experience at Broom Point in Gros Morne National Park, on Newfoundland’s western coast. Along with a gaggle of eager kids and their adventurous parents, we head toward the churning sea, step by step into the wind, reaching the store at last. Inside, everyone laughs about the gale while they fix their hair and straighten their clothes.

“It’s windy enough to blow the hair off the cat,” says Shirley Alyward, greeting us. Alyward is a heritage presenter at Broom Point and our guide today. She explains that we’re standing in the Mudge family fish store. In this case, the word “store” refers to the use of the building as storage. The Mudges—three brothers, their wives and children—fished from this store and for 35 summers from 1941 to 1975 lived in the white cabin we can see out the window.

The families would arrive in April, a six-hour boat ride from their homes in Norris Point. By mid May, they’d be fishing, which they continued through August. Only the men fished. In this building, the men stored and repaired traps, buoys, nets and boats. The buoys they fashioned from driftwood. Alyward holds up a misshapen driftwood buoy with handles—the nubs of branches left on for that purpose. As we run our hands along the worn gunwales of a small boat, our guide explains that they were equipped with make and break engines, famous on the East Coast for their sound. “The old putt-putt, we called them,” says Alyward.

The men may have done the fishing, but the women looked after the cod. They split the cod, then salted them for eight days. Once cured, the fish were spread on the rocks to dry. If rain threatened, the women would stack and store them, waiting for better weather. It was hard work for small returns. In their best season, the families produced 100,000 pounds of dried cod for which they received 1.25 cents per pound.

To begin our chores, Alyward herds us to the far side of the building out of the wind where there’s a washtub and washboard set up. “Monday was wash day,” she says. “All that fish, lobster, salt water, soot from the stove would be all over your clothes.” She says we’ll start with the whites and work through to the colours. After directing some of us to fetch pails of water, she asks for a volunteer. My son steps forward.

Alyward hands him an apron and a bar of yellow soap. “I brought all my dirty laundry today,” she jokes, pulling out a pair of long red underwear with a trap door. She tells us these were first made for women. Sparing my son further embarrassment, she tucks the long johns away and hands him a white shirt. Following her instructions, he soaps both sides of the shirt and scrubs it with the heels of his hands across the rippled glass washboard. “Sunlight soap was used to wash everything from your hands to the floors,” she says. My son mumbles something about washing machines.

By the time the rest of us have given the washboard a go, we’ve produced a stack of wet laundry that needs hanging. Each of us carries our piece to the clothesline. Held up for hanging, they fill with wind like kites, threatening to blow off into the woods. Eventually, we get the job done and turn to our next chore, collecting driftwood to fuel the fire.

As we carry the pieces we’ve gathered back to the house, Alyward tells us this is where the name of the activity comes from. “Yaffle” translates as “armload.” So, we’re carrying to the cabin a yaffle of driftwood, just one in a whole yaffle of chores traditionally performed by the women and children. After stacking the wood next to the cabin, we eagerly pile inside the little place and find it a relief to be out of the wind and in a cozy cabin warmed by an old-fashioned cook stove.

“The house is small, but the welcome is big,” says Alyward. She explains that a family of only 10 (the average family size was 13 or 14) slept in three tiny bedrooms, the kids in bunks hung from the walls. The cabin had no electricity or running water. The sparse rooms tell the story of a simple way of life—a few practical items of clothing hang on the wall from nails over the bed, some cooking utensils near the cookstove and a drying rack over it. Handmade rugs of burlap and old clothes are strewn about the linoleum floor.

The guide brings out a rug hooking frame with a rug just underway. We each get a chance to hook in a few bits of fabric, using a modified nail. By the end of the summer, the rag rug will be complete, collectively hooked by hundreds of visitors to the Mudge cabin.

Alyward then produces a large bowl swelling with giant mounds of white bread dough ready to be made into toutons or fried bread, a special Newfoundland treat. She serves them piping hot from the pan, smeared with butter and molasses with cups of strong tea to wash them down. The hearty snack hits the spot when you’re a hard working fishing family or a visitor decades later, trying some of their chores to better understand their way of life. 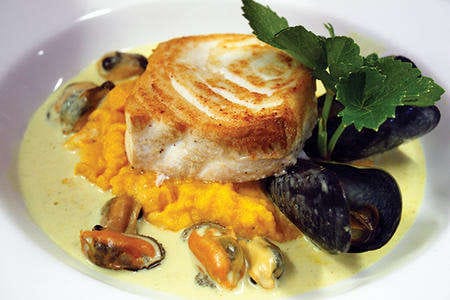 “If food were a textbook, the subject would be history. 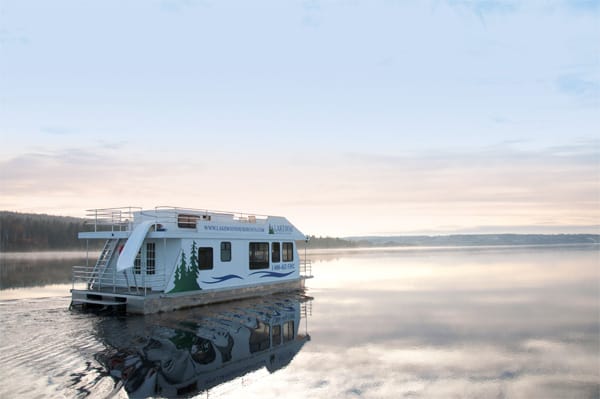 Heaven on a Houseboat

Last year, I decided to plan a getaway for Thanksgiving. It had to be affordable and within driving distance of our home in Yarmouth, NS. It also had to be something my husband, Barrie, and I had... 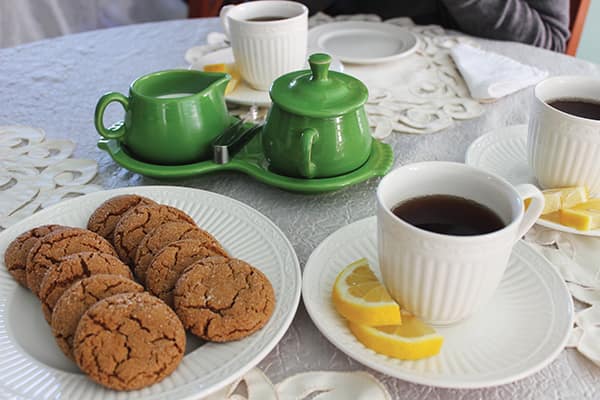 One winter morning in the 1940s when he was a child, Abbie Michalik came downstairs to a surprise he still remembers. Over a cup of tea at the Cape Breton Miners Museum, Glace Bay, in a tiny house...